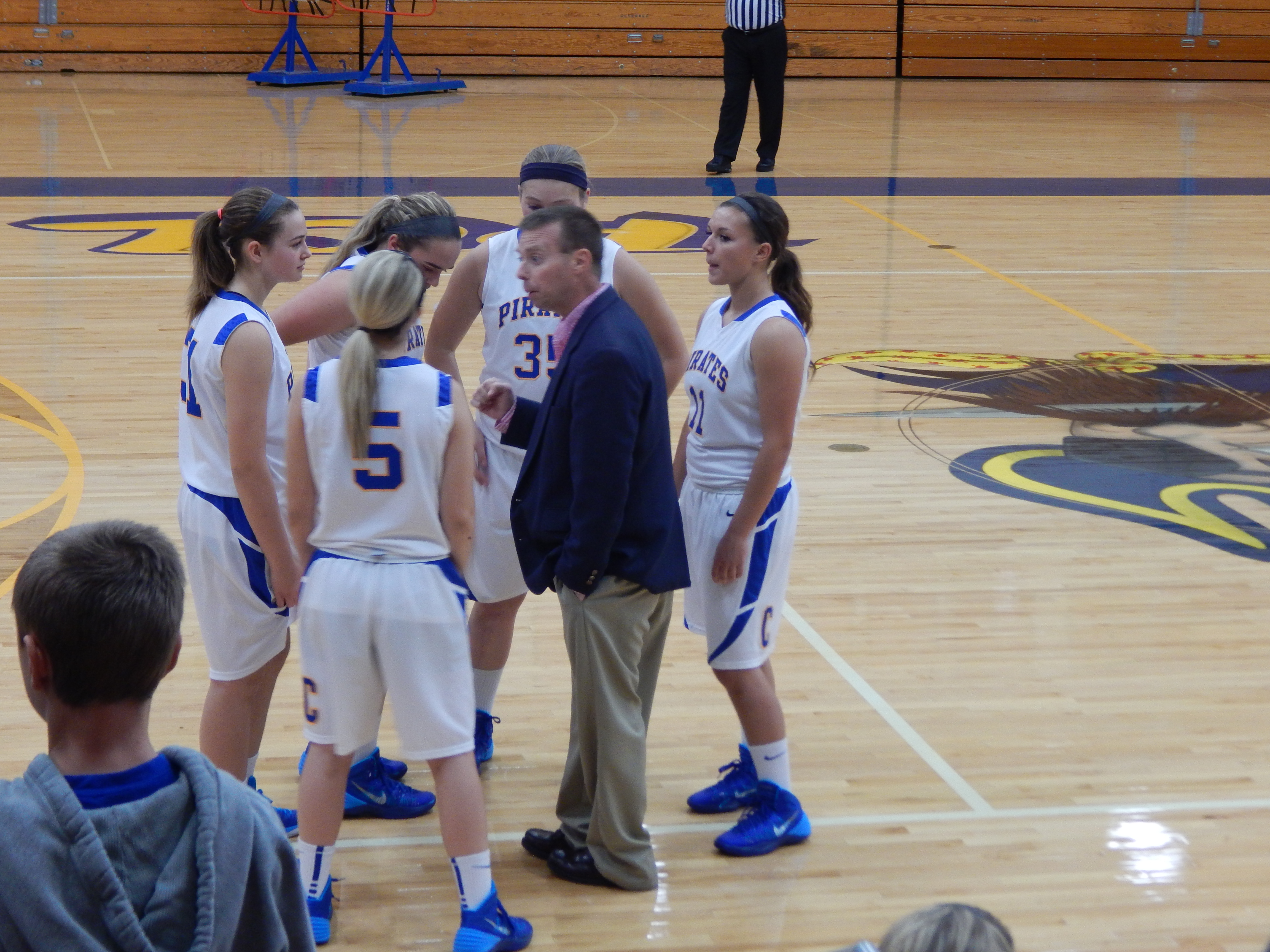 On Thursday night the Lady Pirates crossed the Auglaize River to battle the Ottoville Big Green. The Pirates played the Green tough in the first and fourth quarters while the middle two were troublesome. The Pirates opened the game by taking the first quarter 7-6. The second quarter was all Big Green as they moved to 28-11 halftime lead. More for the Big Green in the third as they outscored the Pirates by 15 for a 48-16 Ottoville advantage after three. A fairly even fourth had a Big Green final of 58-23.

Leading the Pirates was McKenna Scott with 11 (2 three pointers). Alivia Homier finished with 3 (1 three pointer), Jade Zachrich also had 3 while Blair Tegenkamp, Amber Logan, and Emma Recker each had 2.

The Pirates return to the court on Thursday January 22 when they host the Fort Jennings Musketeers in a PCL tilt with a 6:30 start.