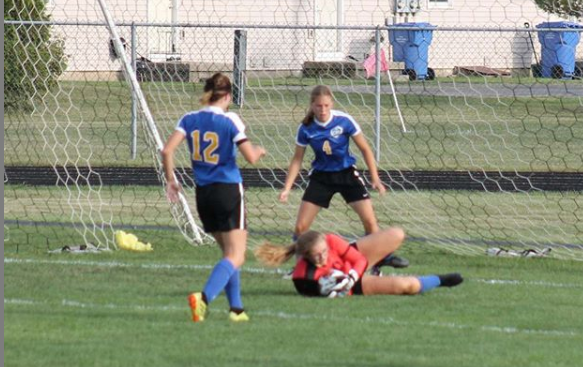 On Tuesday Continental hosted Archbold in non league Girls Soccer action.  Archbold came into the game undefeated and the #4 ranked team in the latest OSSCA Northwest Ohio Division III poll.  Archbold came out early and hit the back of the net to take a 1-0 lead.  Pirates Alex Hoeffel put in the tying goal later in the first half to make it a 1-1 tie.  The tie would still be the score at halftime break.  The Blue Streaks would score early in the second half to make it 2-1.  At the 20 minute mark the Blue Streaks would put in a third goal to make it 3-1.  With 5 minutes to go the Blue Streaks would add a 4th goal.  Hoeffel  would hit the back of the net again in the waning moments of the game to make it a 4-2 final.

Continental is now 8-4 and will travel to Columbus Grove on Thursday for a Putnam County League game.  The Bulldogs are new to the Pirates schedule as they added the program last year.  Archbold is now 9-0-3.