Defiance — Bobby Ray Castle, 75, of Defiance died 8:18 a.m. on Friday, February 14, 2014 at Mercy St. Vincent Medical Center, Toledo, OH. He was born January 1, 1939 in Wamac, IL to the late Henry Harvey and Edna Mae (Vogler) Castle. On July 11, 2005 he married Susan Lee Tucker-Castle, who survives in Defiance. They had known each other for 25 years and had been reunited in 1979 in San Pedro while Bobby was doing harbor cruises.

Also surviving is his daughter: Stephanie Castle of San Diego, CA; sister: Karen Potts of Pahrump, NV; Susan’s adopted family: “adopted son” Joshua Beard and fiancée, Megan Wright and their family Jessica, Antonio, Jose, and Kymberlie, all of Ayersville; and a host of aunts, uncles, cousins, nieces and nephews. He is preceded in death by 2 infant bothers.

He and Susan adopted 4 cats: Georgie, Peppie, Ruby and Peggie Sue; and one dog: Lady. He so enjoyed and loved them all.

Bobby was an Air Force Veteran with tours of duty in Turkey, Washington DC, and Kelly AFB, Texas. Following his time in the Air Force, he worked for Ryan Air Craft, San Diego, and then began his work on a sport fishing boat, beginning his life in the fishing industry. He worked up and down the Pacific Coast for most of his life. He began his work on the sport fishing boat as a deckhand and eventually earned his 500-ton master’s license and captained for Tidewater, running supply boats for Pemex in the Campeche Oil Patch in Mexico. As he neared retirement, he returned to San Diego and sport fishing and then began running harbor tours out of San Pedro, CA. In retirement he and his wife, Susan, became postage stamp, literature and supplies dealers with a warehouse in Torrance, CA.

Also in retirement, Bobby enjoyed developing gardens, raised beds and landscaping on his 3 1/2 acres in rural Defiance. He and Susan raised Koi fish together as well. He loved to spend time working on his genealogy, collecting postage stamps and a variety of post cards. Bobby lived his life to the fullest, enjoying everything and everyone along the way.

The funeral service will be 3 p.m. Thursday, February 20, 2014 at HEITMEYER FUNERAL HOME, Continental with Pastor Charles Schmunk officiating. Burial will be in Monroe Cemetery at a later date. Visitation will be 2 to 4 p.m. Wednesday and 1 p.m. until the time of service on Thursday.

Since one of Bobby’s hobbies was gardening, to honor that hobby his family requests that any flowers that are sent be able to be replanted. Memorial contributions be made to The Friends of Felines Rescue Center, 14597 Power Dam Road Defiance, OH 43512 in care of Ruby Castle, their cat who was adopted through the organization. Condolences may be expressed at www.heitmeyerfuneralhome.com or through www.findagrave.com. 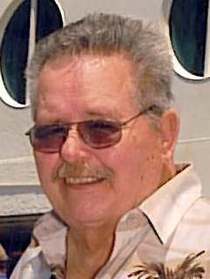