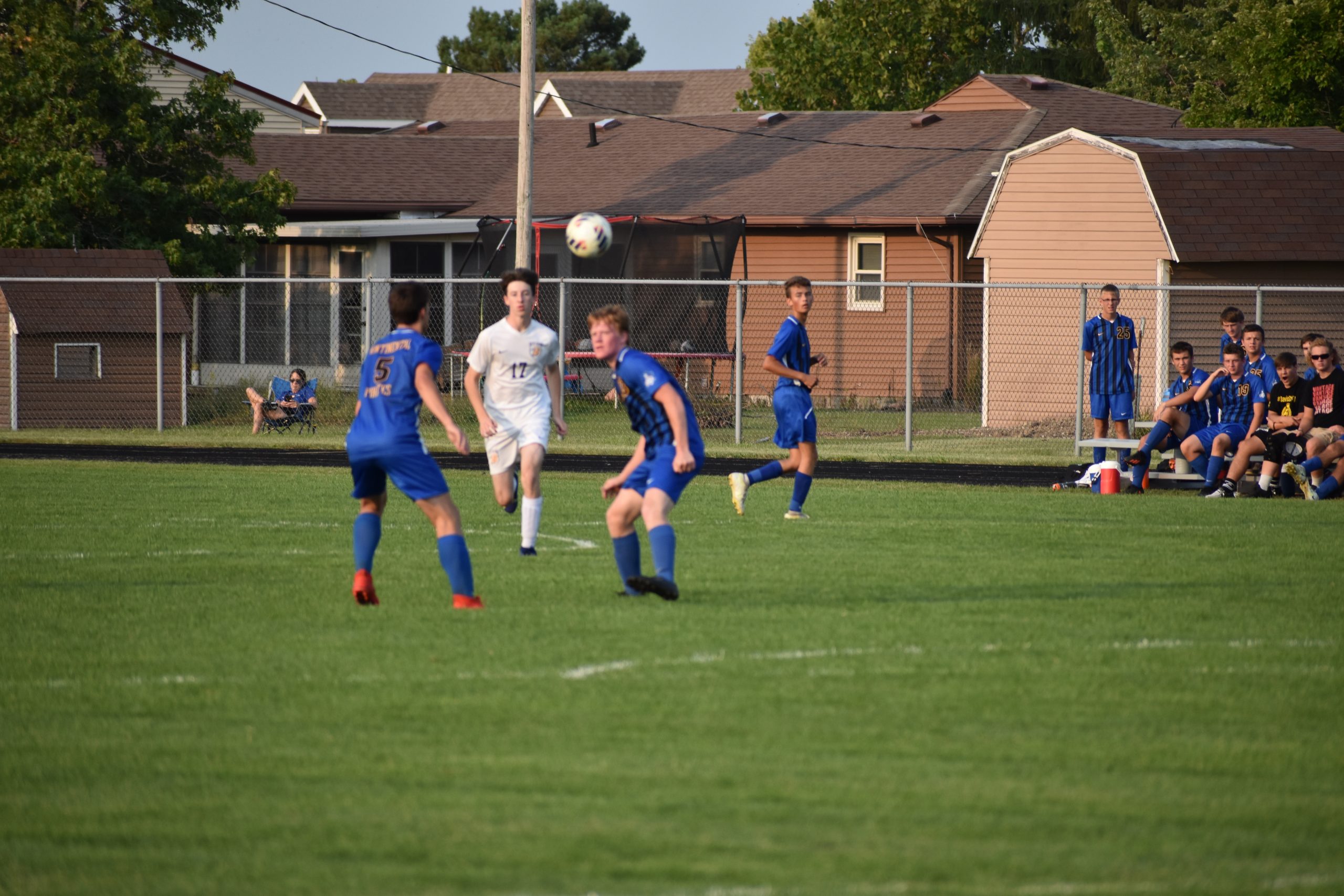 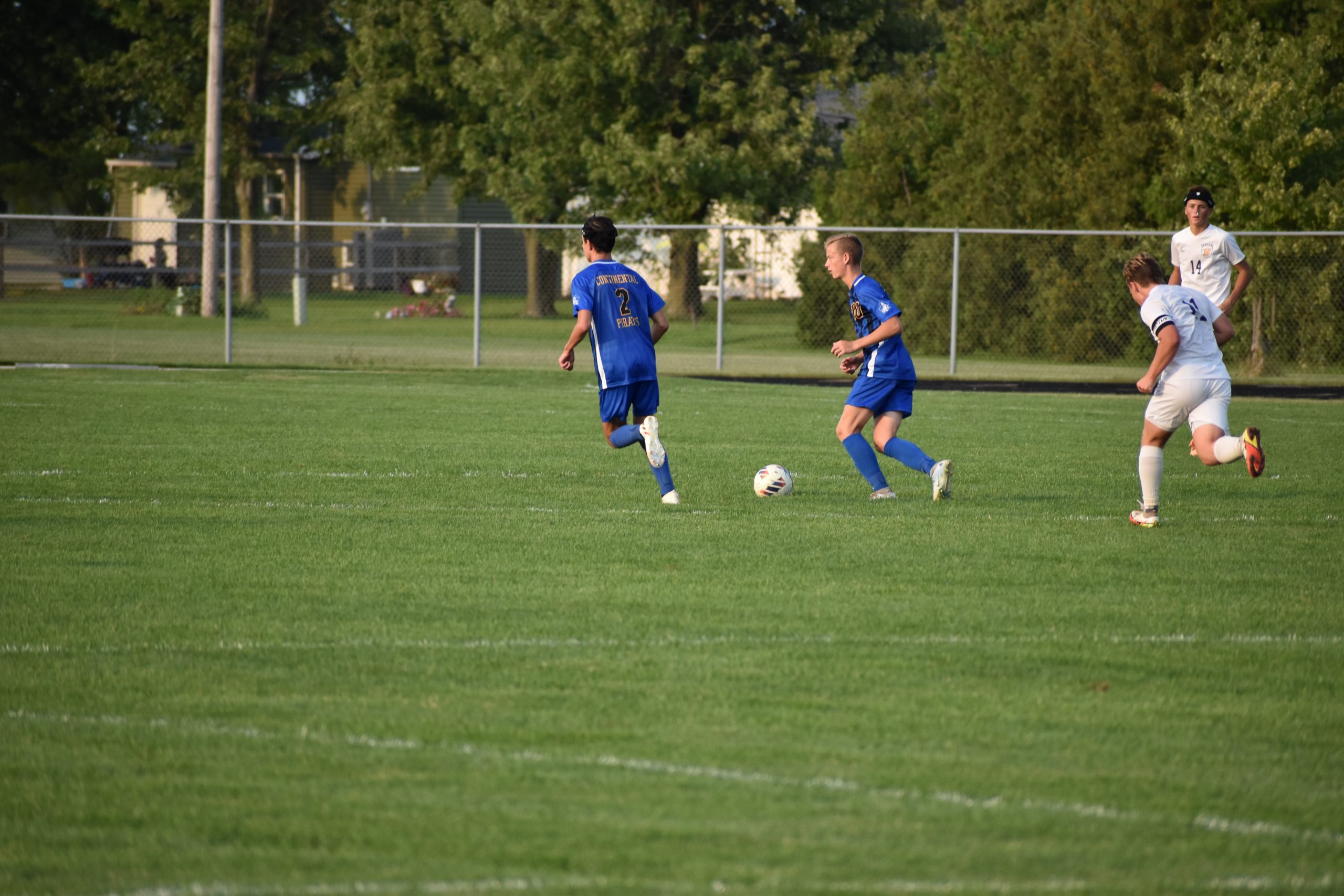 Pirates 3, Bryan Bears 0
Continental Boys Soccer extended their non loss streak to four on Thursday night when they shutout Bryan in non league soccer.  Pirate career leading boys soccer Rhenn Armey put in 2 goals to move his career total to 91.  Armey started out the game’s scoring in the first half when he hit the back of the net with 16:36 left in the half.  Armey made it 2-0 when he put a second goal 7 minutes later.  Pirates 2-0 half.
The second half had Pirate Braxton Stegbauer put in a goal with 34:50 left in the game.  That was the only score in the second half.  Pirates 3-0 final.
Konnor Knipp Williams picked up the shutout for the Pirates in goal.  It is the fourth shutout of the year for the Pirates.  Knipp Williams made 4 saves.  The Pirates had 17 shots on goal to the Bears 4.  Continental had 5 corner kicks while Bryan had 2.  Continental improves to 5-2-1.  Bryan falls to 4-5.  The Junior Varsity game was scoreless after 1 half.
Pirates 5, Riverdale Falcons 1
On Saturday night Continental made the 1+ hour trip to Riverdale where the last time the two teams met at Riverdale, the Falcons took the OHSAA Division III Boys Soccer Regional Semifinal game 2-0 in 2020. So all in the crowd were looking forward to a game between 2 of Northwest Ohio powers.  The first half neither team could find the back of the net.  No score at the half.
The second half had Pirate Rhenn Armey open up the scoring with an unassisted goal at just under 8 minutes gone in the half.  Four minutes later Armey would make it 2-0 as he put in a pass from Collin Davis.  With 24:43 Riverdale ended the Pirates shutout bid and made it a 1 goal game.  Pirates 2-1.  The Pirates moved the score to 3-1 when Davis would hit the back of the net off a pass from Bain Stegbauer.  The score moved to 4-1 when Riverdale put in a goal for the Pirates.  The game ended 5-1 Pirates when Stegbauer put in a pass from Armey for the Pirates.  5-1 final.
Rhenn Armey scored 2 goals and had 1 assist for the Pirates.  Collin Davis and Bain Stegbauer had 1 goal and 1 assist each.  Riverdale scored 1 goal for the Pirates.
Konnor Knipp Williams picked up the win in goal for the Pirates.  Knipp Williams had 5 saves.  The Pirates had 8 shots on goal to the Falcons 6.  Riverdale had 10 corner kicks to the Pirates 1.  Continental improves to 6-2-1 and will host Lincolnview on Tuesday.  Riverdale falls to 2-4-1.
–Mike Jones, Sportswriter 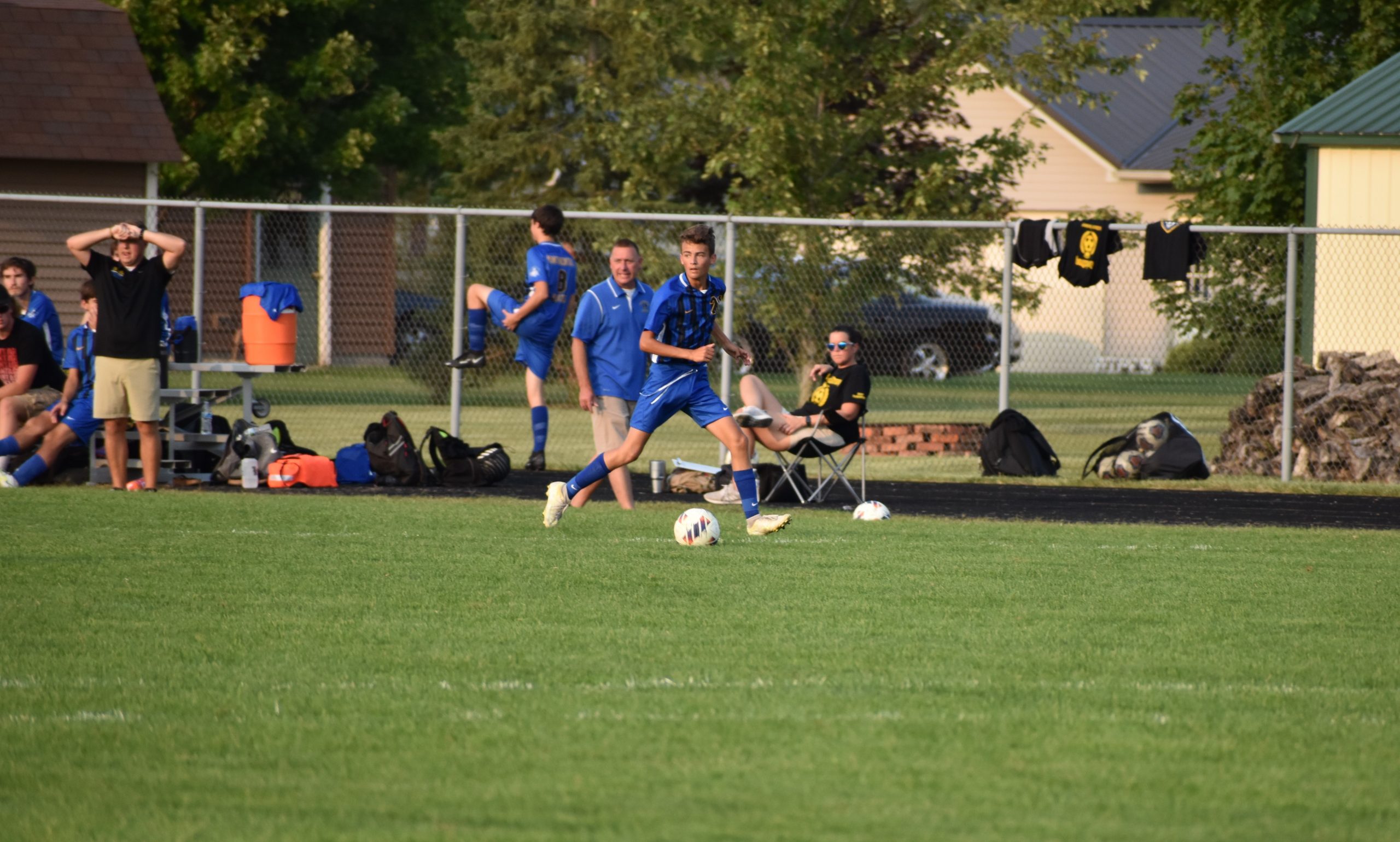