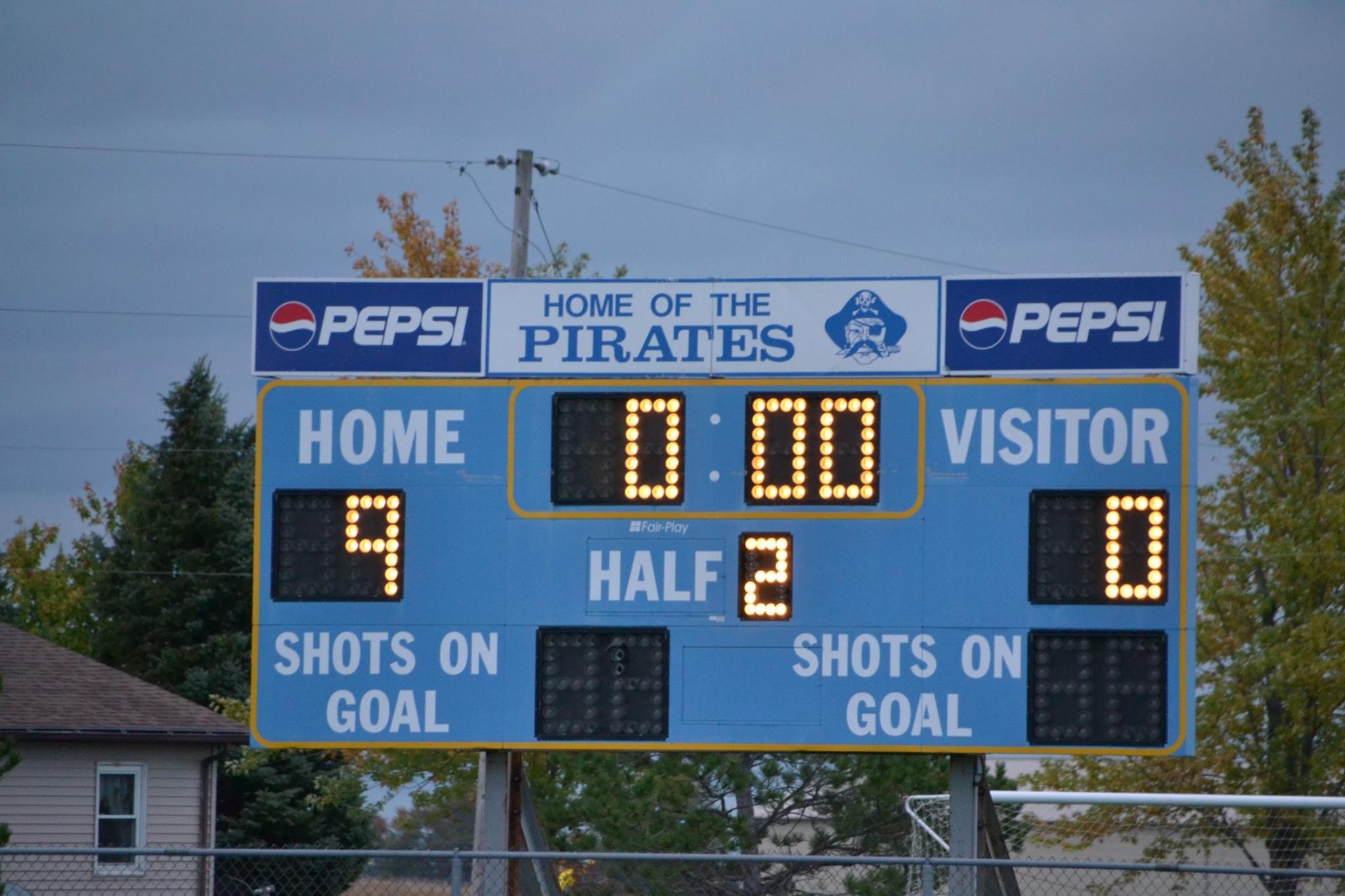 Allen East made their first venture into the OHSAA Division III Boys Soccer tournament by traveling to Continental to take on the Pirates in a Sectional Final game. The Mustangs first year program played a limited Varsity schedule and fielded 11 players. Mustang fatigue played a factor in the Pirate dominated second half.

The Pirates opened up the scoring in the first half with a Derek Troyer score from a Sam Bowers pass at he 33:52 mark. 42 seconds later the Pirates scored again as Zach Schwarzman (the Pirates second leading career scorer) put another tally in the net. Schwarzman finished out the half by heading in a pass from Troyer at the 2:46 mark. Pirates 3- Mustangs 0 at half.

The Pirates advance to the Kalida District semifinal where they take on Fort Jennings on Wednesday, October 22 at 5pm.