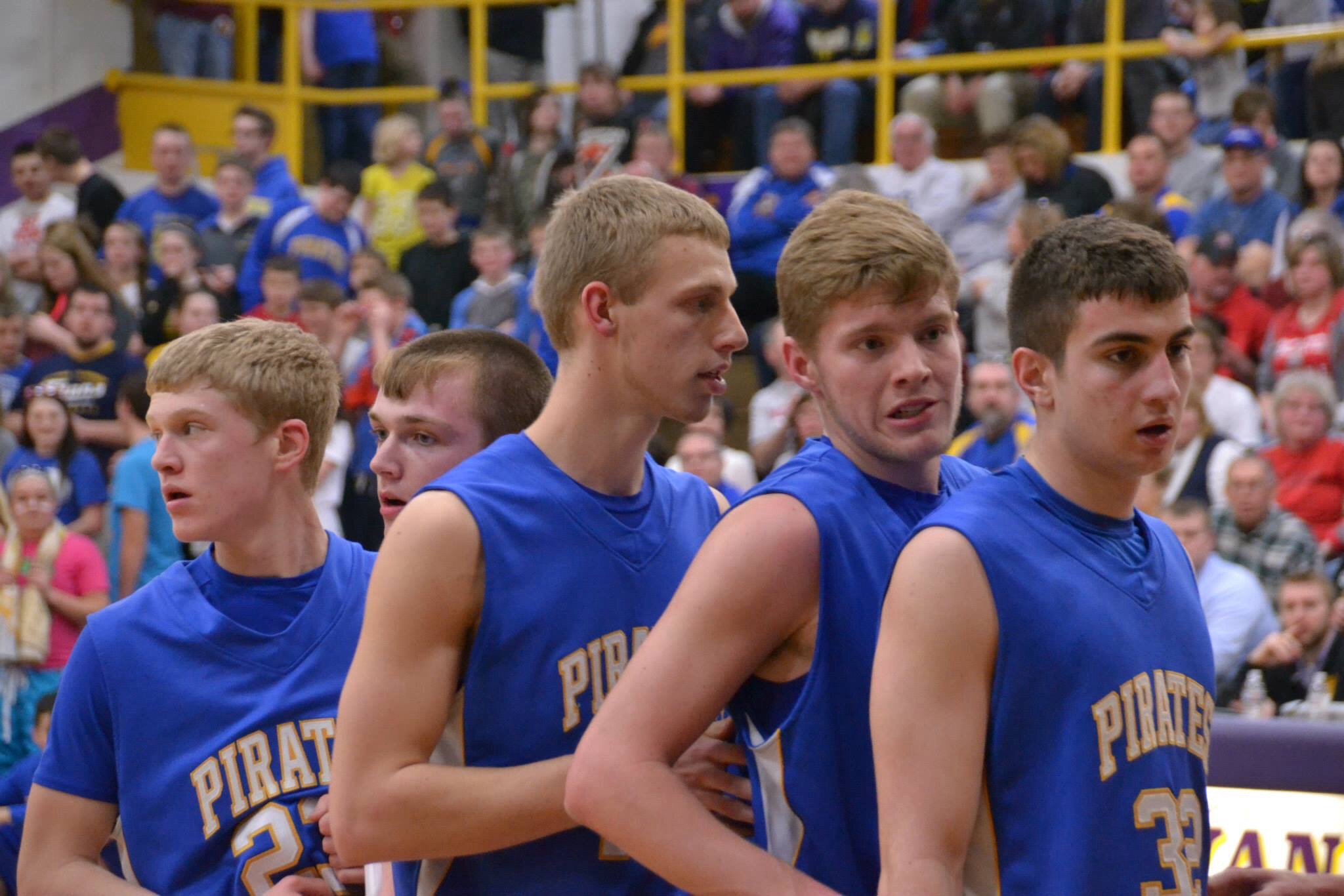 Just about everything went right for the Edgerton Bulldogs and wrong for the Pirates Friday night in the Bryan Div IV Sectional finals. Continental did win the opening tip but did not not score till 2 minutes left in the first quarter. Edgerton hit 10 of 13 from the line in the first 3 quarter while the Pirates made 3 of 11. Edgerton had 5 three pointers through three quarters to the Pirates 0.

The Pirates were lead in scoring by Senior Joey Swager with 9 points while Wade Stauffer contributed 6. Trevor Williamson scored 6 while Senior Page Thomas and Dylan Coleman both hit a three pointer for 3 points each. Senior Derek Troyer, Jacob Williams, and Caleb Olds finished with 2.

Continental finishes the season with a 8-14 record while Edgerton moves on with a 18-5. Edgerton will play Hicksville in the Van Wert District semifinals on Tuesday at 6:15.

A big Continental eNews thanks for a fun season goes out to the team and especially the Seniors Joey Swager, Page Thomas, Derek Troyer, and Gabe Williams. Thanks also goes out the the Cheerleaders and Seniors Alicia Dawson, Madison Mansfield, Katie Rankin, McKenna Scott, and Erica Sullivan. 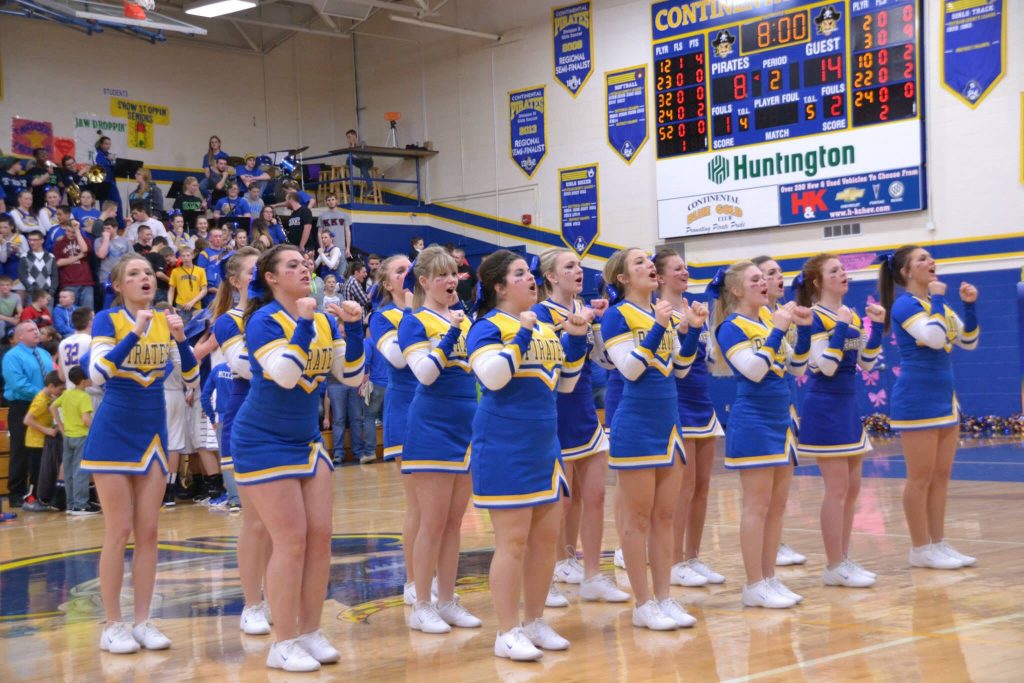