Survivors include four children: Karen (Don) Kramer of Columbus Grove, Patti Galyk of Lima, Ron (Jill) Doster of Oakwood, and Lori (Steve) Spicer of Lima; seven grandchildren; and nine great-grandchildren. He was preceded in death by a brother: Murrel Doster.

Calvin had worked for Continental Local Schools for 30 years and Nickle Plate Railroad for 16 years.  He enjoyed fishing, riding his moped, gardening, outdoor activities, tinkering in his garage, jigsaw puzzles, and visiting and helping his neighbors.

Funeral Services will begin at 11:00 a.m. on Saturday, March 15, 2014 at HEITMEYER FUNERAL HOME, Continental with Rev. Terry Porter officiating.  Burial will follow in Monroe Cemetery, Continental.  Visitation will be from 2 to 4 p.m. and 6 to 8 p.m. on Friday and one hour prior to the service on Saturday at the funeral home. Memorial contributions may be made to the Continental EMS. Condolences may be expressed at www.heitmeyerfuneralhome.com. 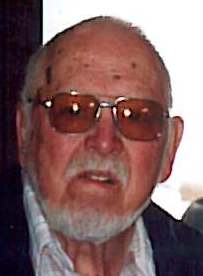