The Continental High School Academic Awards program will be held in the Irene Casteel Auditorium on Tuesday, May 13, 2014, at 1:45pm. Presentations of scholarships, certificates of recognition and participation awards will be made to students along with several awards earned in competitions. … END_OF_DOCUMENT_TOKEN_TO_BE_REPLACED

And then there were 9…Thirty Vantage business students competed at the Ohio BPA competition in Columbus and nine will advance to the national contest in Indianapolis! Several Medical Office Management students will be competing in Indianapolis. Senior Layna Mihm (Van Wert) placed first … END_OF_DOCUMENT_TOKEN_TO_BE_REPLACED 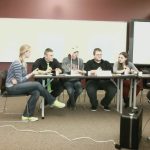 In a close race to the Championship, Continental ended the County Meet with a 6-2 record behind the Champion Ottawa Glandorf Titans (7-1).  Three teams tied for second with 6-2 records, Kalida, Continental, and Pandora Gilboa.  Kalida was awarded second on the basis of point … END_OF_DOCUMENT_TOKEN_TO_BE_REPLACED 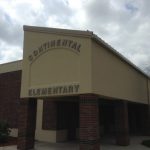