Charles (Rock) Rockhold passed away at home on Saturday, April 9, 2022 and as he requested, cremation has taken place.

Rock was born July 12, 1938 in Lima, Ohio to William and Carrie (Reynolds) Rockhold. He graduated from Continental High School in Ohio in 1956. He married his high school friend and sweetheart Barbara Gordon on January 24, 1959 at the Continental Methodist Church.

He was a salesman for the majority of his life and spent the last 15 years before retirement selling real estate in Florida. Upon returning to Michigan he and his wife painted interior homes for Habitat for Humanity. Rock also worked on computers for people. He said it was his way of giving back. He loved playing golf at the Quincy Golf Course and was very competitive. He also belonged to the Branch County Conservation and Sportsman Club and was a member of the Promedica Advisory Board. Morning coffee with the boys was something he enjoyed.

Rock is survived by his wife, Barbie, his daughter, Tracy (David) Braxmaier, four grandchildren and five great grandchildren. He was preceded in death by his son, Nicholas Charles, his parents, a brother and sister in law and his brother in law.

A memorial service for Charles (Rock) Rockhold will be held Thursday, April 14, 2022, at 12:00 Noon at the Quincy United Methodist Church with Pastor Rachel Labram officiating. The family will receive friends for visitation on Thursday from 10:00 AM until the time of service at the church. Private family interment will take place at Lakeview Cemetery in Quincy. Arrangements are entrusted to the Eagle Funeral Home-George White Chapel in Quincy.

Memorials may be made to the Quincy United Methodist Church. 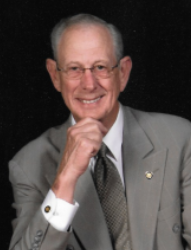