CONTINENTAL – Connie K. Schreiber, 72, of Continental, passed away at 5:40 p.m. on Wednesday, March 2, 2022 at her residence.  She was born February 2, 1950 to the late Anthony and Mary (Breece) Ruen.  After Anthony’s passing, Mary then married Howard Kirkendall, he also precedes her in death.  Connie married Dick Slattman and later divorced.  On April 15, 1995, she married Duane “Skeet” Schreiber, he preceded her in death on February 27, 2019.

She is also preceded in death by a brother, Eugene (June) Ruen.

Connie was a member of St. John Catholic Church, Continental.  She was also a member of the Continental American Legion Auxiliary.  Connie enjoyed cooking and sewing.  She loved camping and family vacations. Connie adored her grandchildren, and loved watching them grow.  She also enjoyed going to their sporting events.

Funeral Mass will be held at 10:00 a.m. on Saturday, March 5, 2022 at St. John Catholic Church, Continental with Father Mark Hoying officiating.  Burial will be held at a later date.  A visitation will be Friday from 2 to 8 p.m. at HEITMEYER FUNERAL HOME, Continental, and again on Saturday at 9:00 a.m. until the time of Mass at the church.

Memorial donations may be made to the Continental American Legion Auxiliary. 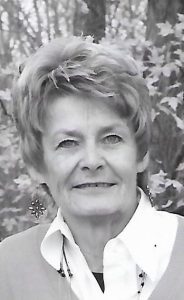