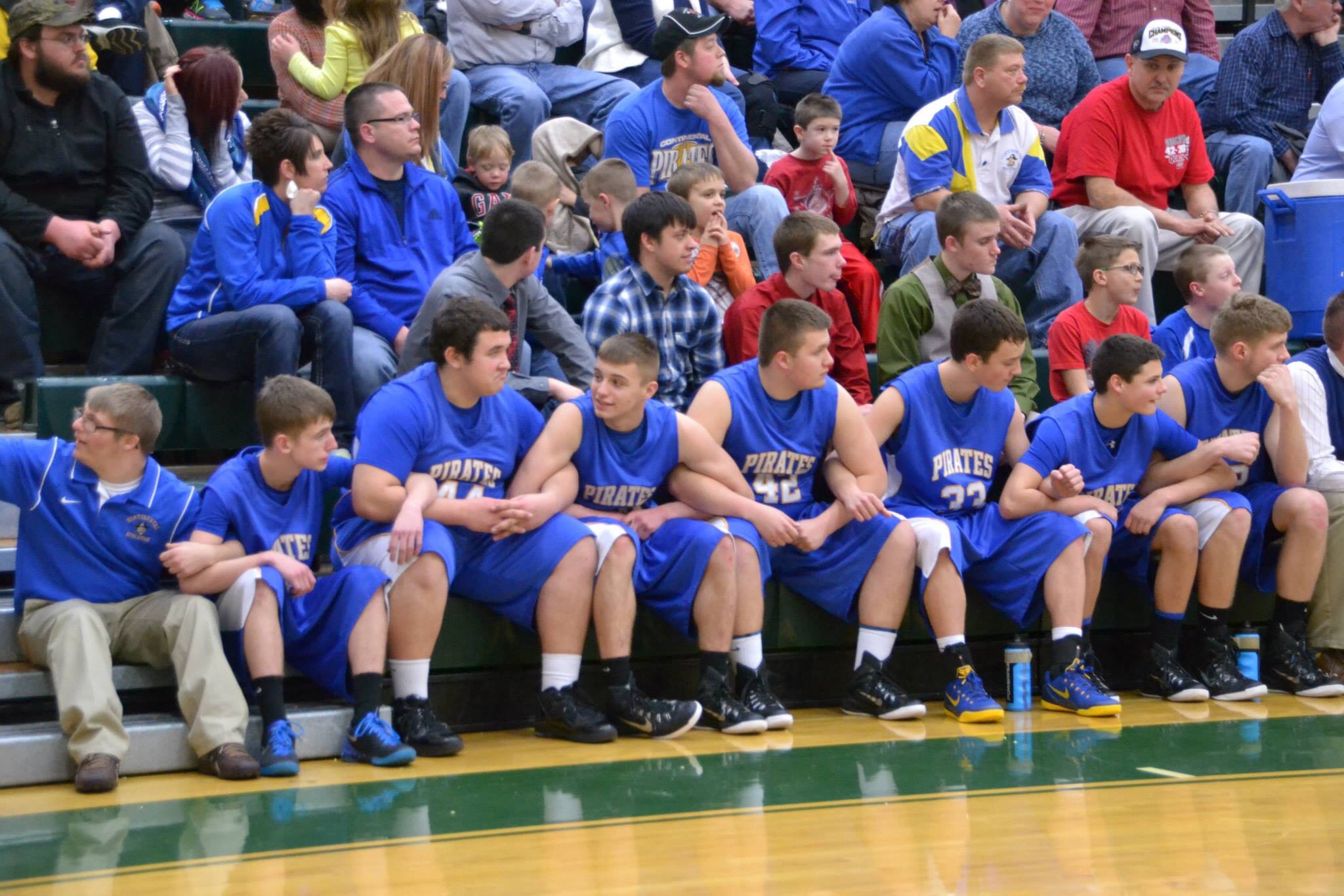 Ottoville took the Junior Varsity game, proceeded to crown their Homecoming King and Queen, and scored 19 of the first 25 points in the Varsity game. It appeared to be a great night to be Green. The Big Green started the Varsity contest by scoring the first 8 points and took an 11-4 lead after one. At one point in the second quarter Ottoville had got the margin to 13 (19-6) before the Pirates ended up within 10 at half 23-13. The second half had the Pirates coming out and scoring the first 5 points to close the gap to 23-18 which the Big Green countered by scoring the next 6 for a 29-18 Green lead midway through the period. To finish the quarter the Pirates outscored the Big Green 9-4 for a 6 point Green lead after 3 (33-27). The fourth quarter had the teams exchanging points till it was 38-33 Big Green with 2 minutes left. The Pirates made it a basket to make it a 3 point game. With 30 second to go Pirates Derek Troyer made a 3 pointer to tie the game at 38-38 all. Ottoville played for the last shot which fell short. OVERTIME!! The Big Green opened the overtime by making the first of a pair free throws to take a 39-38 lead. It was all Pirates after that. Trevor Williamson got the Pirates started by hitting a three pointer for a 39-41 lead. The Pirates then hit 9 of 10 free throw to expand the lead to 50-39. One more made free throw made the final score 51-39 Pirates. The Pirates did not have a lead in the game till the overtime period.

Gabe Williams led the Pirates with 16 points (10-12 from the free throw line). Trevor Williamson led the Pirates in overtime hitting a 3 pointer and 5-6 from the line as he ended up with 13 points overall. Derek Troyer hit the game tying shot in regulation and finished with 10 points (2 three pointers). Joey Swager and Wade Stauffer both had 4 while Caleb Olds and Jacob Williams had 2 each.

Get your tickets early for the next game as the Pirates host the Kalida Wildcats on Friday February 20 in a matchup of PCL leaders. If Kalida wins they are the PCL Champs. If the Wildcats lose they are PCL co-champs with the Pirates still in the hunt.