Continental United Methodist Church invites everyone to a Christmas Concert featuring the music of Jim Boedicker on Sunday, December 8 at 4pm. All are invited to join in fellowship around the table following the concert.

In this  age of high tech music, it’s sometimes nice to know that someone can still make  music “the old fashioned way”.
Jim’s unique “fingerstyle” guitar playing appeals to a wide range of audiences. His repertoire includes many
humorous songs, occasionally some trick guitar work, standards, and serious songs that can speak to and stay with his audiences.
His casual style  works equally well in a large concert setting or a small intimate group, and he especially enjoys performing family
venues.

Forty years of  guitar playing has found him performing everything from rock to country and bluegrass to gospel.  He established himself as a legitimate songwriter when he  won second place at “The Christian Artists Music Festival” in  Estes Park, Colorado in 1981.  Since then, he has been active in jingle work and performance for local radio and television as well as  production, promotion, recording, consulting, and encouraging aspiring talent. His recordings enjoy regular airplay at radio stations in the northwest Ohio area.

In addition to his solo performances, you will find him in a “behind the scenes” position for other artists and groups. He performs routinely for numerous civic groups, corporations, fairs, festivals, and numerous church and family events throughout Ohio and neighboring states.  He is utilized regularly by local Christian television and has shared the stage with some of the nation’s most respected gospel and country artists.

For more about Jim and his ministry go to http://jimboedicker.com. 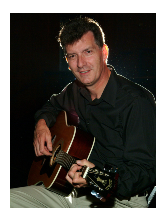