CONTINENTAL – Douglas Parker Geary, Doug, as most people called him, was raised in Van Wert, OH where he grew up on Keplar Street. He attended Franklin Elementary School and graduated with the class of 1957 from Van Wert High School. He was a fine musician and an accomplished journalist. Doug was a veteran of two tours in the United States Navy as a yeoman.
To read Doug’s full obituary, visit Heitmeyer Funeral Homes. 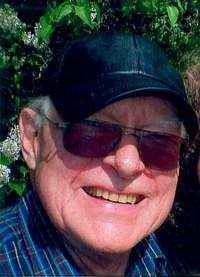