He is survived by 4 children, Dewayne (Linda) Troyer of Continental, Karen (Bob) Hauck of Bryan, Stephen and Leslie Ann Troyer, both of Continental; sister, Carol Jean Polhamus of Leipsic; a brother, Jerry (Cindy) Troyer of Fallbrook, CA; a sister-in-law:  Mary Troyer of Ashley, IN; 7 grandchildren, Brent, Brian and Bruce Troyer, Amanda, Philip and Graham Hauck and Megan Wildman; and 7 great-grandchildren.

George was preceded in death by 2 brothers:  Floyd and Norman Troyer; 2 sisters: Wilma Cowman and Janet Newdick and a great-grandson.

A joint celebration of life for George and Marilyn will be held at a later date at HEITMEYER FUNERAL HOME, Continental with burial to follow in Monroe Cemetery, Continental.     Online condolences may be expressed at www.heitmeyerfuneralhome.com  Memorial contributions may be made to Christ United Methodist Church. 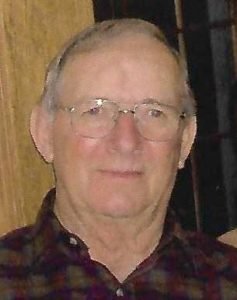