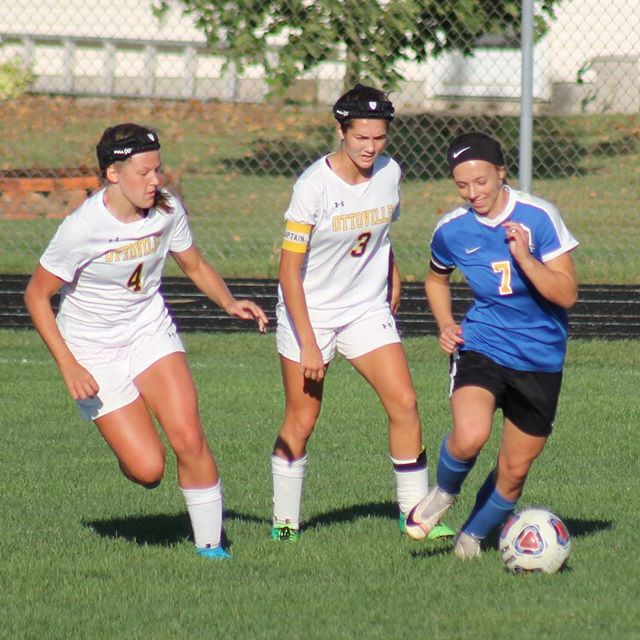 Continental High Senior Alex Hoeffel added a Second Team All State Girls Soccer award to her resume. Over her career Hoeffel is one of few Pirates to get State accolades all 4 of her Varsity years. Alex was first team All State her Junior year and second team All State her Freshman, Sophomore, and Senior years. Alex led the Pirates with 40 goals this year which placed her unofficially 3rd place on the OHSAA MAXPREPS leading scorer list for this year. Hoeffel amassed 168 goals in her four years donning the Blue and Gold which is good for 4th place on the OSSCA career goals scored list. Hoeffel is tops on the Continental High career scoring list, holds the record for most goals scored in a game, and four of the top 6 goals scored in a season list. Alex was named to the Putnam County League first team all four of her Varsity years and was named PCL player of the year her freshman year.

Alex played in the North West District All Star game on Sunday at 2:00 at the Findlay High School Soccer field.

Kalida Senior Forward Gabe Hovest was named to the OSSCA Boys All State second team. Hovest and Hoeffel were the only PCL player earning state awards.