He was also preceded in death by a stepson, Tony Ball; three sisters: Anna Goodman, Irma Tumblin, and Iris Stork; a brother, Lee Boggs and a half sister, Helen Turner.

John retired from General Motors, Defiance after 33 years. He was a veteran of the United States Army during the Korean Conflict. John loved old tractors and antiques, was a devout republican and a believer of Christ.

Memorial donations may be made to the Republican Party. 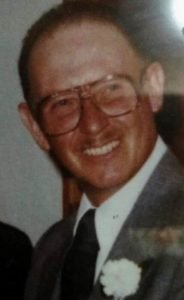