John retired as a technician after 34 years from Philips Display Components. He also co-owned Video Unlimited, the first video store in Putnam County. John videoed many weddings and area special occasions. He even had the opportunity to video President Regan’s visit to Ottawa during his re-election campaign. During his retirement years, John worked for Five Angle construction and Pepsi-Cola, Lima.

He was an Army veteran of Vietnam and a member of Sts. Peter and Paul Catholic Church, Ottawa. He was also a member of the Ottawa Eagles. John enjoyed woodworking and fixing televisions. His favorite past time was spending time with his children and grandchildren and especially like to attend their sporting events and take them to their practices.

Mass of Christian Burial will be 1:30 p.m. Tuesday, January 21, 2014 at Sts. Peter and Paul Catholic Church, Ottawa with Father Matt Jozefiak officiating. Burial will follow in the church cemetery with military rites by the Ottawa VFW and American Legion. Visitation will be Monday from 2 to 8 p.m. at LOVE FUNERAL HOME, Ottawa.
Condolences may be expressed at www.lovefuneralhome.com. 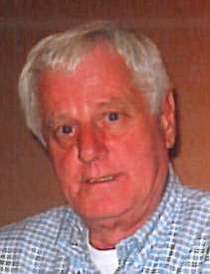