He is also survived by his children: Jackie Dale (Cheryl) Morrison and Robert (Tina) Morrison, both of Continental, and Tammy (Christopher) Baker of Oakwood; 8 grandchildren; 9 great-grandchildren: 2 sisters: Janet Richards of Sherwood and Vernie (Butch) Galusky of Morgantown, WV.

Johnnie is preceded in death by a brother: Edward Morrison; 2 sisters: Marjorie Diane Morrison and Martha Ellen Lawrence; and a granddaughter: Keri Morrison.

Johnnie retired from Johns Manville in 1996 after 30.2 years. He was a member of Pleasant View Missionary Baptist Church, Junction. Johnnie loved his children, grandchildren and great-grandchildren. Two of his favorite hobbies were gardening and working in the yard.

The funeral service will be 11:00 a.m. Friday, April 24, 2015 at the HEITMEYER FUNERAL HOME, Continental with Rev. Terry Brock officiating. Burial will follow in Riverview Memory Gardens, Defiance. Visitation will be Thursday from 2 to 8 p.m. and one hour prior to services on Friday at the funeral home.

Memorial contributions may be made to the American Cancer Society. Condolences may be expressed at www.heitmeyerfuneralhome.com. 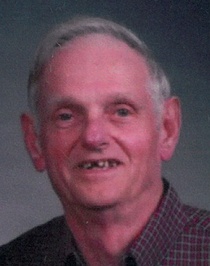