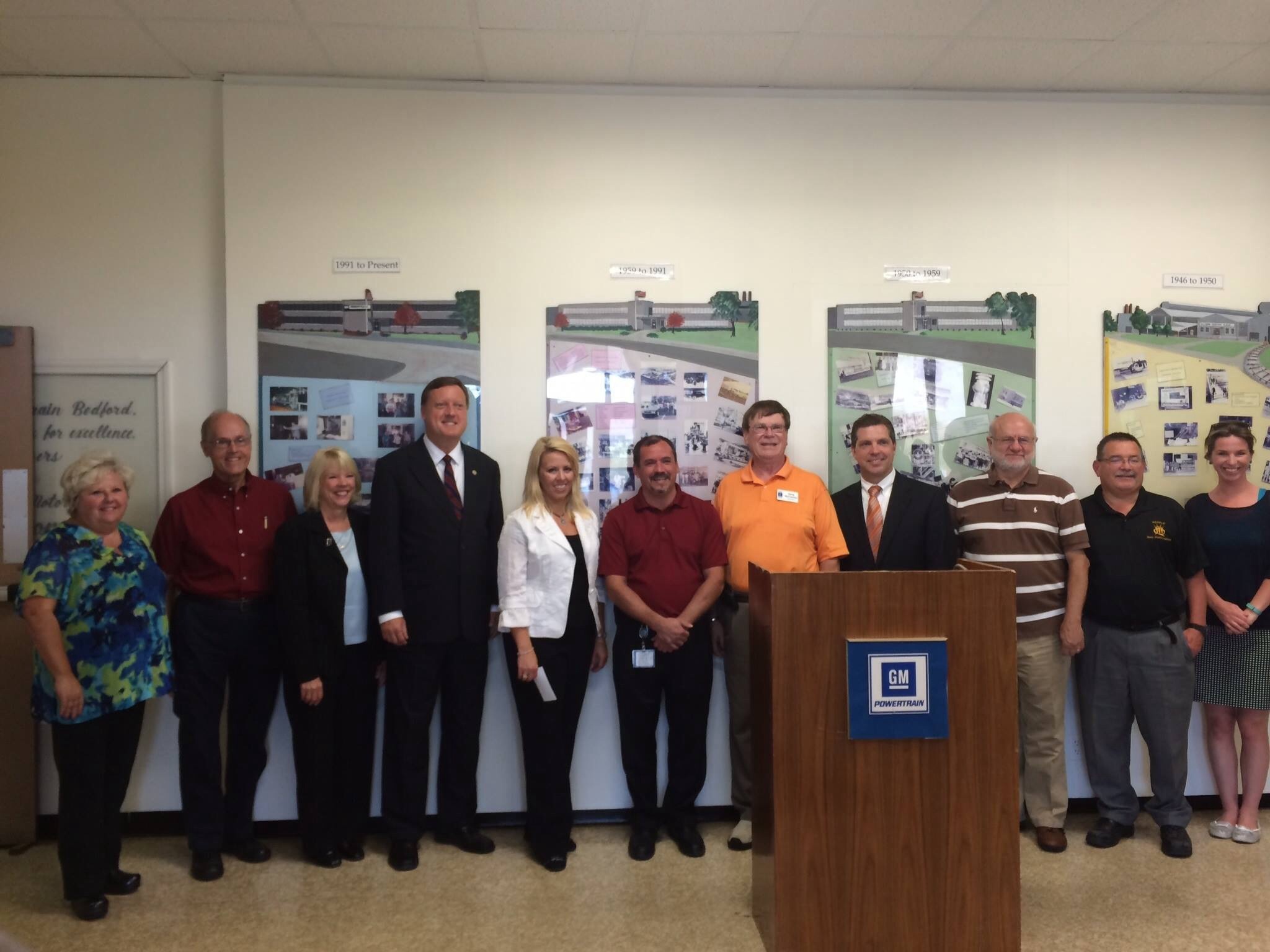 The GM Powertrain Plant in Bedford IN has had much to celebrate this past week. Last Thursday, the plant hosted an open house in celebration of their 70th anniversary. The event included plant tours, employee car show, new car show, and so much more. Today GM announced that the Bedford Plant will be the recipient of $48.4 million investment for a new Ecotec engine block program. Craig Jones, a 1980 CHS graduate, is the Personnel Director at the casting plant. Jones started his career in Defiance and has had the opportunity to work at GM plants in Bedford, Dayton, California, Michigan, Bedford, New York, and Bedford. Jones says he is “very proud of the men and women who make up the Bedford team – your great work is rewarded again!”

State, city, and GM officials at the announcement (Craig is second from right). 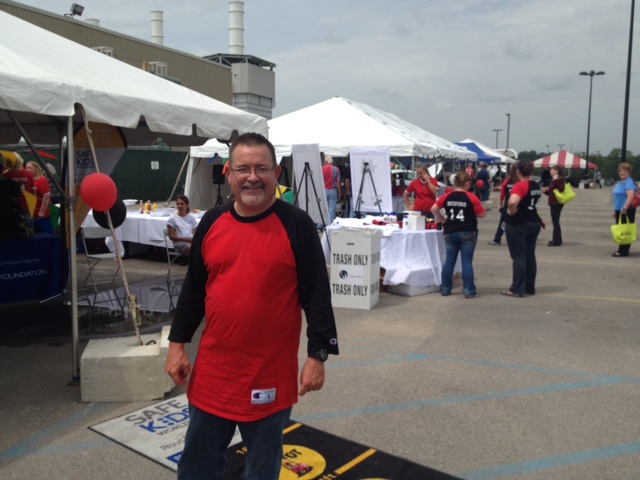