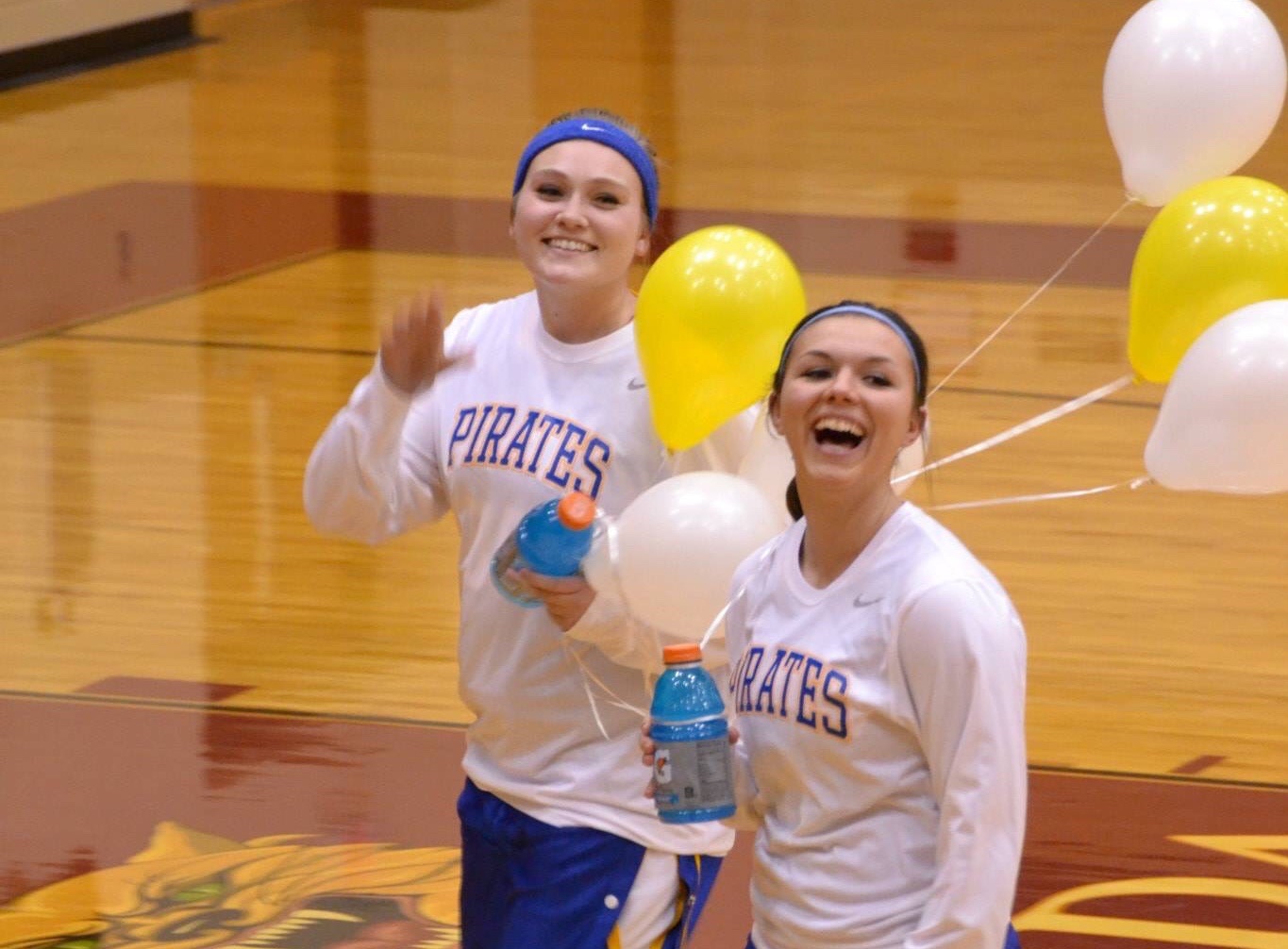 Patrick Henry came to the Cove on Saturday afternoon and spoiled the Lady Pirate Senior Day Celebration by taking it to the three. The Patriots hit 10 three pointers overall to take the 50-36 victory. The Patriots opened up the game by scoring the first 5 points while the Pirates counter back by scoring the next four. The opponents traded baskets for a 8-6 Patriot advantage after one. The Patriot defense was the star of the second quarter as they held the Pirates to 4 points while putting up 10. Halftime score Patriots 18 Pirates 10. The Pirate offense came out blazing in the third to outscore the Patriots 17-13 for a four point deficient (31-27)after three quarters. The Patriots hit the first 6 points of the fourth quarter to take control of the game. Final score Patriots 50, Pirates 36.

For the game the Patriots made 6 of 10 from the line, made 7 two pointers and 10 three pointers. Patriot Katie Wagner hit for 8 threes.

The Lady Pirates will hit the tournament trail when they travel to Bryan on Wednesday February 25 at 6:15 for a sectional semifinal matchup with Wayne Trace.