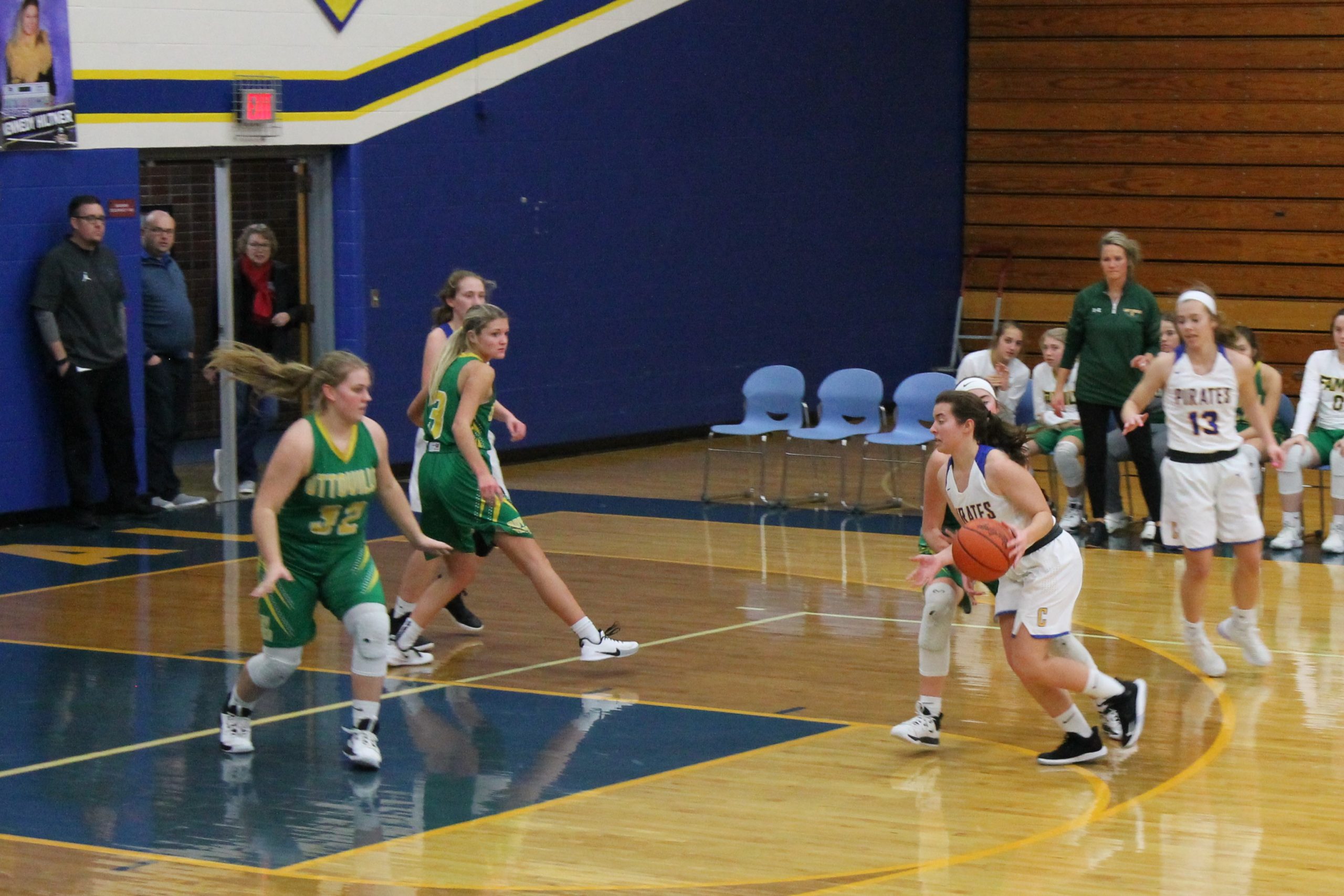 It had been a decade since the Continental High Girls Basketball team had defeated Putnam County rival Ottoville and it felt like the Pirates were due to end the streak. Only once in those 10 years had the game been decided by a possession. After Ottoville had put in the first basket the Pirates took the early lead when Kerri Prowant hit a 3 pointer, Addy Armey a basket, and Alex Hoeffel a basket to spot the Pirates with a 7-2 lead. A 3 by the Big Green would not slow the Pirates down as they put together another 7 point run to take a 14-5 lead. Two free throws from Prowant and Catelyn Etter was followed by a 3 from Hoeffel. The Big Green would score the final 8 points of the quarter to make it Pirates 14 -13 after 1 quarter.

The Pirates would score first in the fourth when Kerri Prowant would make a basket to make it a 3 point game Big Green 40, Pirates 37. A 3 and a 2 by the Big Green would push their lead to a game high 8 point 45-37. The Pirate would cut the lead to 4 when Prowant would hit a free throw and Etter a 3, Big Green 45, Pirates 41. A Big Green basket was followed up by baskets from Hoeffel and Armey to make it a 2 point game 47-45 with around a minute to go. The Big Green would miss the first half of a 1-1 to give the Pirates the ball back with 10 seconds to go. The Pirates would end up with a side out with 3.4 second to set up for a game winning 3 shot that hit the back of the rim and not through the net. Big Green 47, Pirates 45 final.

Kerri Prowant led the Pirates with 16 points while Alex Hoeffel put in 11. Addy Armey and Catelyn Etter both had 9 points. The Pirates hit six 3s with Prowant putting in 3 and Hoeffel, Armey and Etter 1 each. The Big Green put in eleven 3s with six from Knippen. The Pirates were 8-10 from the line while the Big Green was 0-6.

Continental falls to 6-7 (0-3 PCL) and will host Fort Jennings on Thursday. Ottoville improves to 8-5 (3-1 PCL) and were ranked 19th in the latest State Division IV poll. 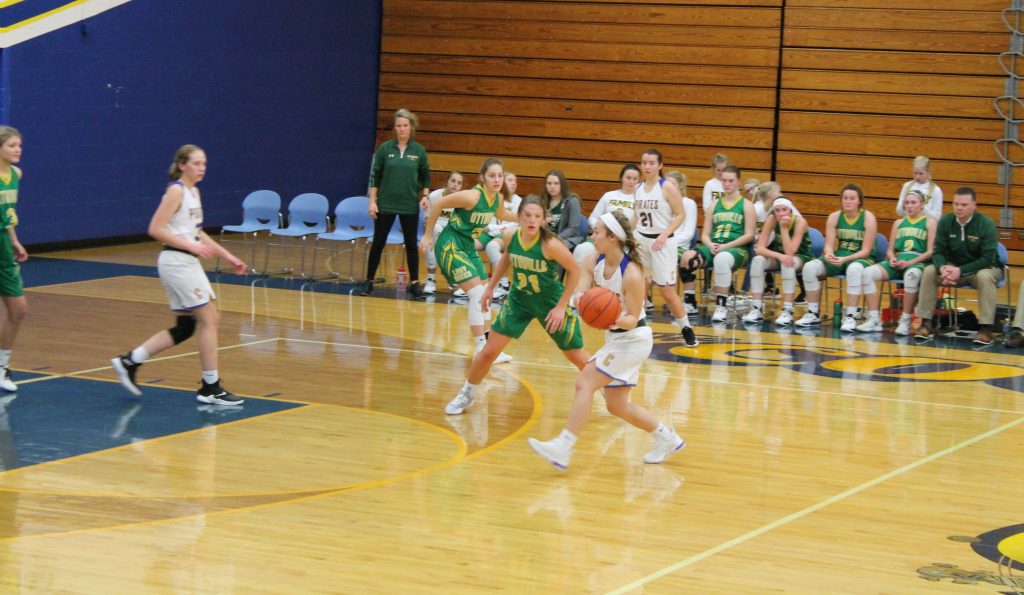 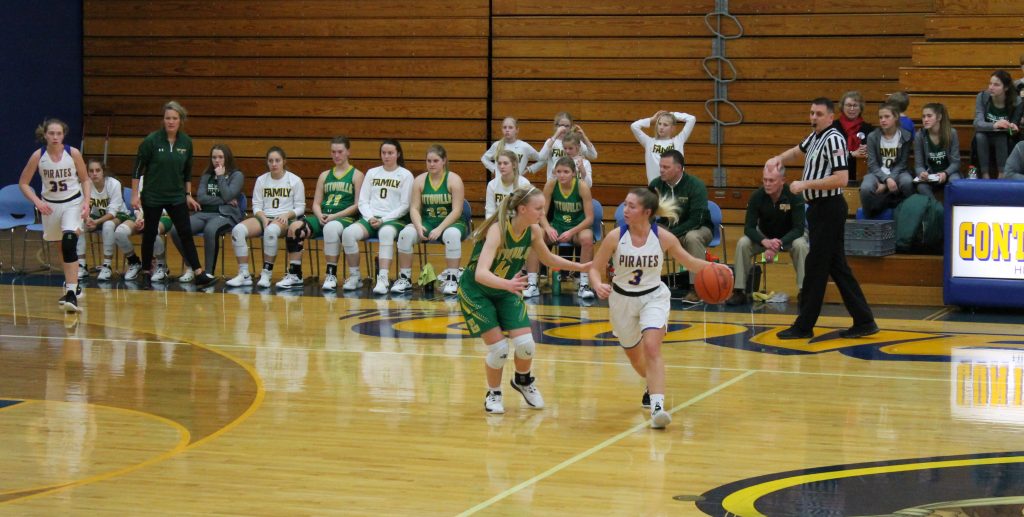 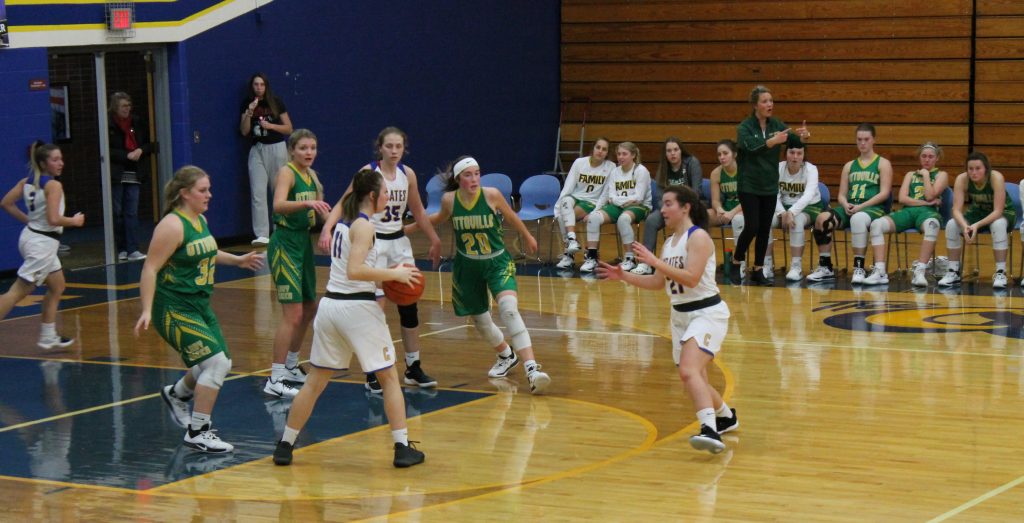