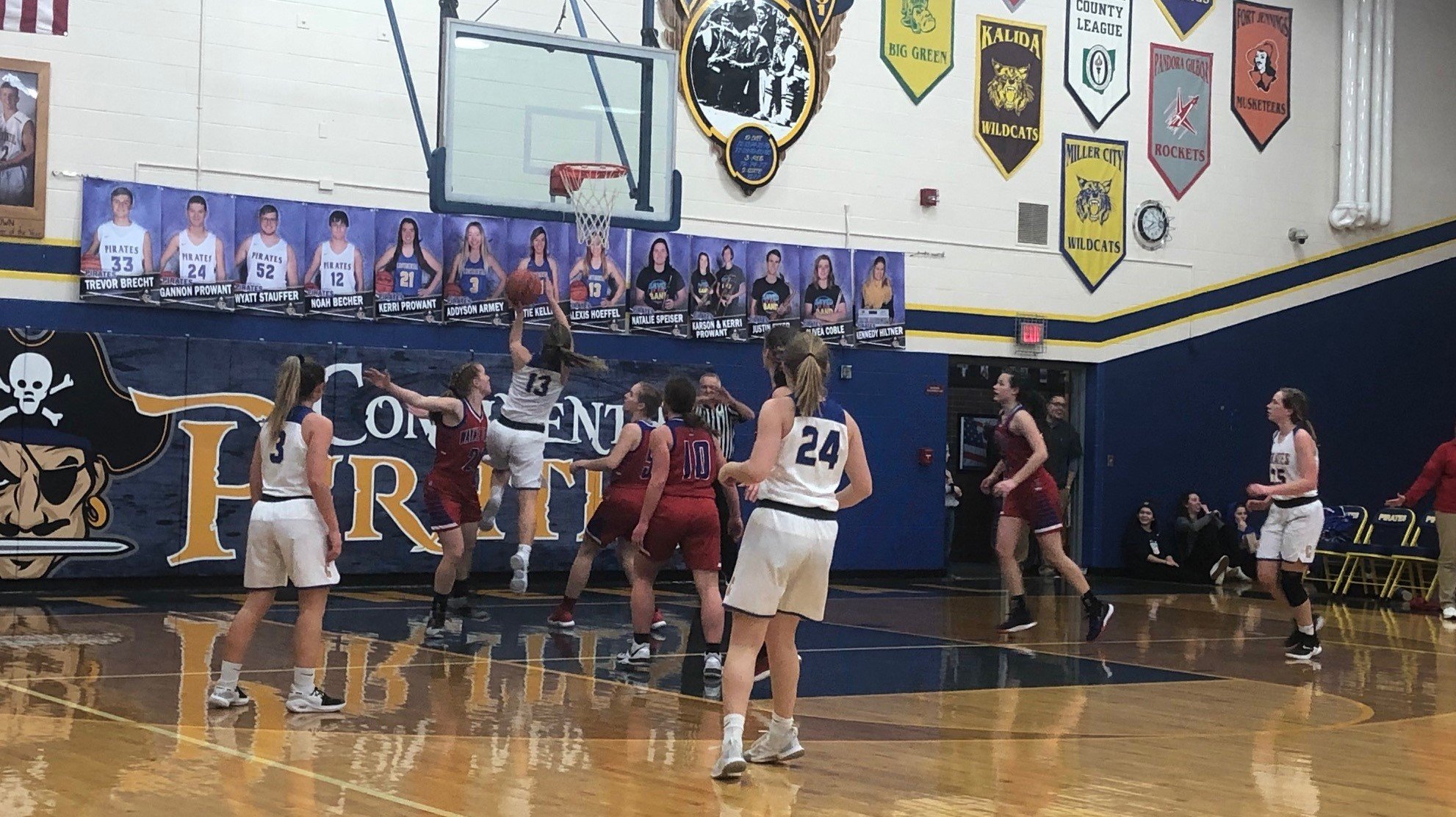 On Tuesday Continental welcomed Wayne Trace for Girls Non league action. It was also a special recognition night as the students in grades 1-12 where honored for earning All A’s. Wayne Trace, the newly anointed top seed in the Defiance DIV District had problems with the Pirates at the start. The host Pirates came out blazing in the first quarter as they put 22 on the board to the Raiders 17. The Raiders would battle back in the second quarter as they would cut the deficit by 2, Pirates 35, Raiders 30. It was all Raiders in the third quarter as they poured in 24 points to the Pirates 11 for a 54-46 lead. The final quarter went the Pirates way as they were able to reduce the Raiders lead to 3 but it was the Raiders who pulled out the victory 60-53.

Continental falls to 10-10 and will host Ayersville in a non league game. Wayne Trace improves to 16-3. Wayne Trace took the Junior Varsity game 37-8.

The Continental Elementary Show Choir, under the direction of Mr. Bill Bany, did a wonderful job of singing the national anthem! 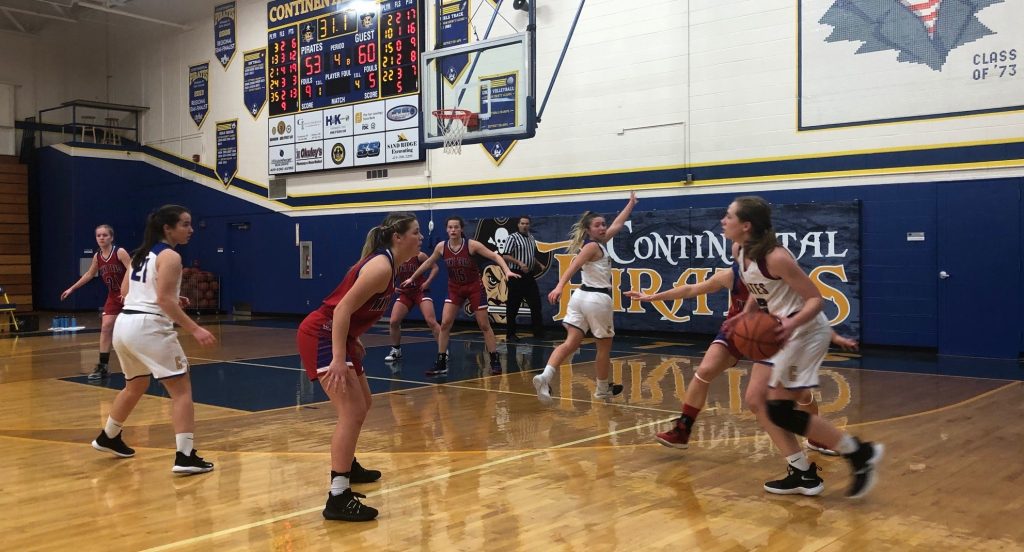 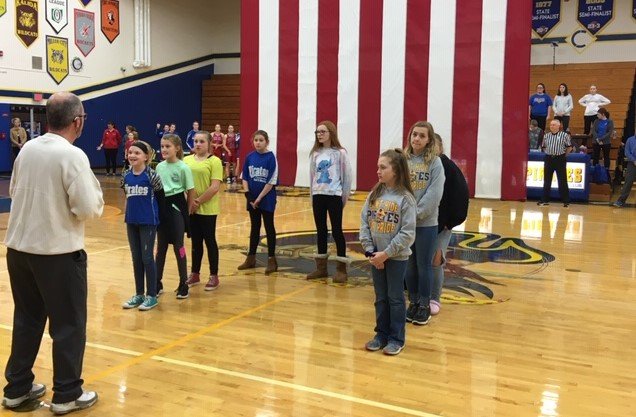