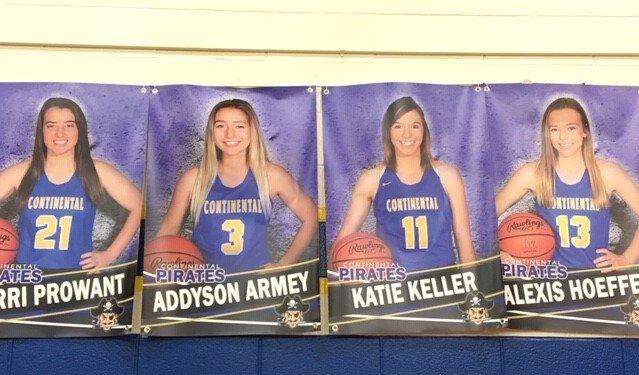 The fans at the Huber got to see a great game with multiple lead changes following the tribute time paid to the four Pirate Girl Basketball Seniors Addy Armey, Katie Keller, Alex Hoeffel, and Kerri Prowant. It was Continental’s Senior Katie Keller to put in the first points of the game to give the Pirates the early lead over Kalida. A Wildcat basket was followed by a Junior Catelyn Etter to make it Pirates 4-2. A 3 by the Wildcats was matched by a 3 from Junior Madelyn Potts to make it 7-5 Pirates. But that would be all the scoring for the Pirates in the first as the Wildcats would put in the last 8 points of the quarter to make it 13-7 Kalida after 1 quarter.

Etter would score all the Pirates points in the second as she would make 1 basket and three 3s to put in 11 for the Pirates. The Pirates Defense would hold the Wildcat offense to 2 baskets for 6 points. Wildcats 19, Pirates 18 at half.

Continental falls to 11-11 (2-5 PCL) and will take on North Baltimore on Thursday at Bluffton University in a Ottawa Glandorf District Sectional Semifinal. Kalida improves to 15-7 (5-2 PCL). 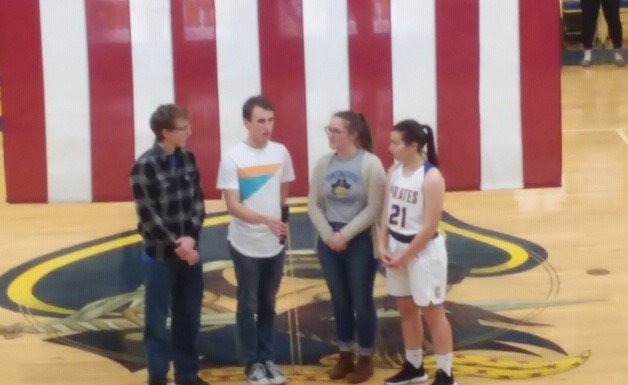