Continental – Larry F. Relue, 73, of Continental died 10:15 a.m. Thursday, September 4, 2014 at his residence. He was born December 20, 1940 in Defiance to the late Rudy and Irene (Froelich) Relue. On June 12, 1965, he married Nola Prowant who survives in Continental. Larry is also survived by 2 children: Terry (Kelly) Relue of Huron and Rhonda Relue and her boyfriend, Tim Korte of Continental; 2 grandsons: Logan and Mitchel Relue and a twin brother: Rudy Relue of Napoleon. He is preceded in death by his sister, Esther Hofacker, who just passed away August 29, 2014.

Larry retired from G. M. in Defiance where he worked for 30 years. He was a member of Christ United Methodist Church, Continental. He enjoyed spending time with his grandkids who meant the world to him.

A funeral service will begin 2:00 p.m. Sunday, September 7, 2014 at HEITMEYER FUNERAL HOME, Continental with Pastor Chuck Schmunk officiating. Burial will follow in Fairview Cemetery, Dupont. Visitation will be from 2 to 4 and 6 to 8 p.m. Saturday and one hour prior to service on Sunday at the funeral home. Memorials may be given to Christ United Methodist Church.
Condolences may be expressed to: www.heitmeyerfuneralhome.com. 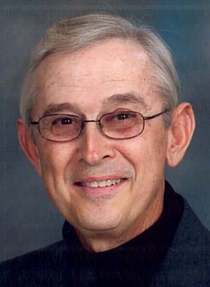