CONTINENTAL – Larry Raymond Bibler, 82, was escorted to the heavenly gates at 9:11 p.m. Friday, Sept. 7, 2018 while at Brookview Healthcare Center in Defiance, Ohio, surrounded by his family. He was born on April. 21, 1936 in Putnam County to Raymond and Edith (Turner) Bibler. On April 14, 1956 he married Janice “Jan” Marie (Dangler) Bibler, they had been married for 62 years.

He graduated from Continental High School. He was a loving father and grandfather, working for Baker-Schindler Construction Company for more than 30 years. He was additionally passionate about working on his family farms. With the help of his wife, he established Faith Assembly of Believers Church in Ottawa, Ohio, where he was the founding pastor for nearly 30 years. Some of his passions and hobbies were farming, studying the Scriptures, listening to music, readings the funnies, playing with and taking care of his grandchildren, and spending time with his family.

He was preceded in death by his parents; his wife; as well as his elder brother Don Leroy Bibler.

In lieu of flowers, the family suggests donations be made to Brookview Healthcare Center Activities Fund or Gideons International. Online condolences may be sent to www.lovefuneralhome.com. 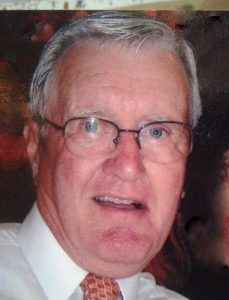