MILLER CITY-Linda May Drew, 65, of Miller City, died March 15, 2014, at Ohio Department of Developmental Disabilities, Tiffin. She was born January 29, 1949 in Lima to Howard and Nellie (Ankney) Drew, Sr. Her father is deceased, her mother survives in Miller City.

She is also survived by 2 sisters: Mary (Dennis) Insley of Sarnia Ontario, Canada and Cheryl (Roger)  Hereford of Piqua; a sister-in-law: Lynda Drew; and many nieces and nephews. She was also preceded in death by her brother: Howard Drew, Jr.

Funeral services will be held 12 noon Wednesday, March 19, 2014 at HEITMEYER FUNERAL HOME, Continental with Pastor Terry Porter officiating. Burial will follow in Monroe Cemetery, Continental. Visitation will be from 11:00 a.m. until the time of service on Wednesday at the funeral home.  Condolences can be expressed at: www.heitmeyerfuneralhome.com. 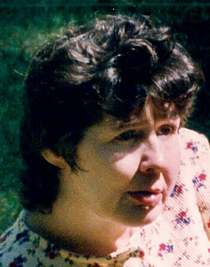