Mr. Jones was a lifelong farmer.  He graduated from Continental High School in 1944.  He served in the U.S. Army from 1944-46 at the end of WWII.  He drove a Borden’s Milk Truck from 1948 – 1960 and served as a Monroe Township Trustee from 1970 – 1988.  Marvin was a member of the Continental Post of the American Legion and a member of Christ United Methodist Church in Continental.

Marvin was preceded in death by his sister:  Mary (Jones) Brown; and three brothers: Rolland, Frank and Keith Jones.

A Celebration of Life Service will begin 11:00 a.m. Monday, September 13, 2021 at HEITMEYER FUNERAL HOME, Continental with  Pastor Charles Schmunk officiating.  Burial will follow at Monroe Cemetery, Continental with recognition of Marvin’s Military Service by the Continental American Legion.  Friends may visit with family on Sunday from 6 – 8 p.m. at the funeral home and again on Monday one hour prior to the service.

Memorial contributions may be made to Christ United Methodist Church and/or the Putnam County Homecare and Hospice. 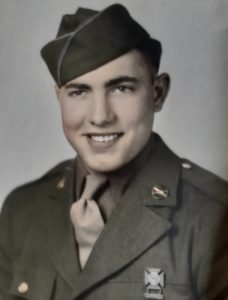