Mary is survived by her children: Rodney (Jenise) of Continental, Tim of Oakwood, Mary Jo (Larry) and Brenda (Scott) both of Leipsic, Michael “Porky” and Paula (Ray) both of Continental; 11 grandchildren and 19 great-grandchildren; a sister: Marian Tingler of Continental and a brother-in-law: Jack Willitzer of Defiance. She is also preceded in death by a granddaughter, Dana Foor; 3 brothers: Paul, Bob and Kenny Reynolds; 2 sisters: Rosie Willitzer and Barbara Ann Reynolds and a brother-in-law: Timothy Tingler.

Mary was a homemaker. She enjoyed the outdoors, especially gardening. She liked shopping, traveling and spending time with her family. She had a special place in her heart for Christmas and collectible cats.

A funeral service will begin 11:00 a.m. Wednesday, March 18, 2015 at HEITMEYER FUNERAL HOME, Continental with Pastor Charles Schmunk officiating. Burial will follow in Monroe Cemetery, Continental. Visitation will be from 2 to 8 p.m. Tuesday and 10 to 11 a.m. Wednesday at the funeral home. Memorials may be given to Putnam County Home Care and Hospice. Condolences may be expressed to: www.heitmeyerfuneralhome.com. 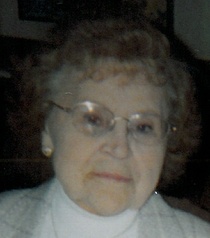