Phyllis and her husband were owners of Doc’s Hardware formerly of Continental. She was an active member of the Continental United Methodist Church, the Polly Anna Club, and the bowling league at Lucky Lanes. She loved to crochet, quilt (all her quilts were hand stitched by her) and enjoyed beautiful flowers and gardening. Phyllis was a great cook and loved watching sports on TV. She was a wonderful daughter, wife, mother, grandmother, sister, and aunt who dearly loved her family.

Funeral services will be 12 noon on Tuesday, November 18, 2014 at Continental United Methodist Church with Pastor Charles Schmunk officiating. Burial will be in Ice Cemetery, Auglaize Township. Visitation will be from 6 to 8 p.m. on Monday and from 10 a.m. until time of service on Tuesday, all at the church.

Memorials may be made to Continental United Methodist Church or to Alzheimer’s Association. Condolences can be expressed at: www.heitmeyerfuneralhome.com. 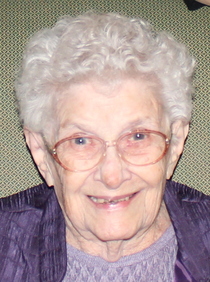