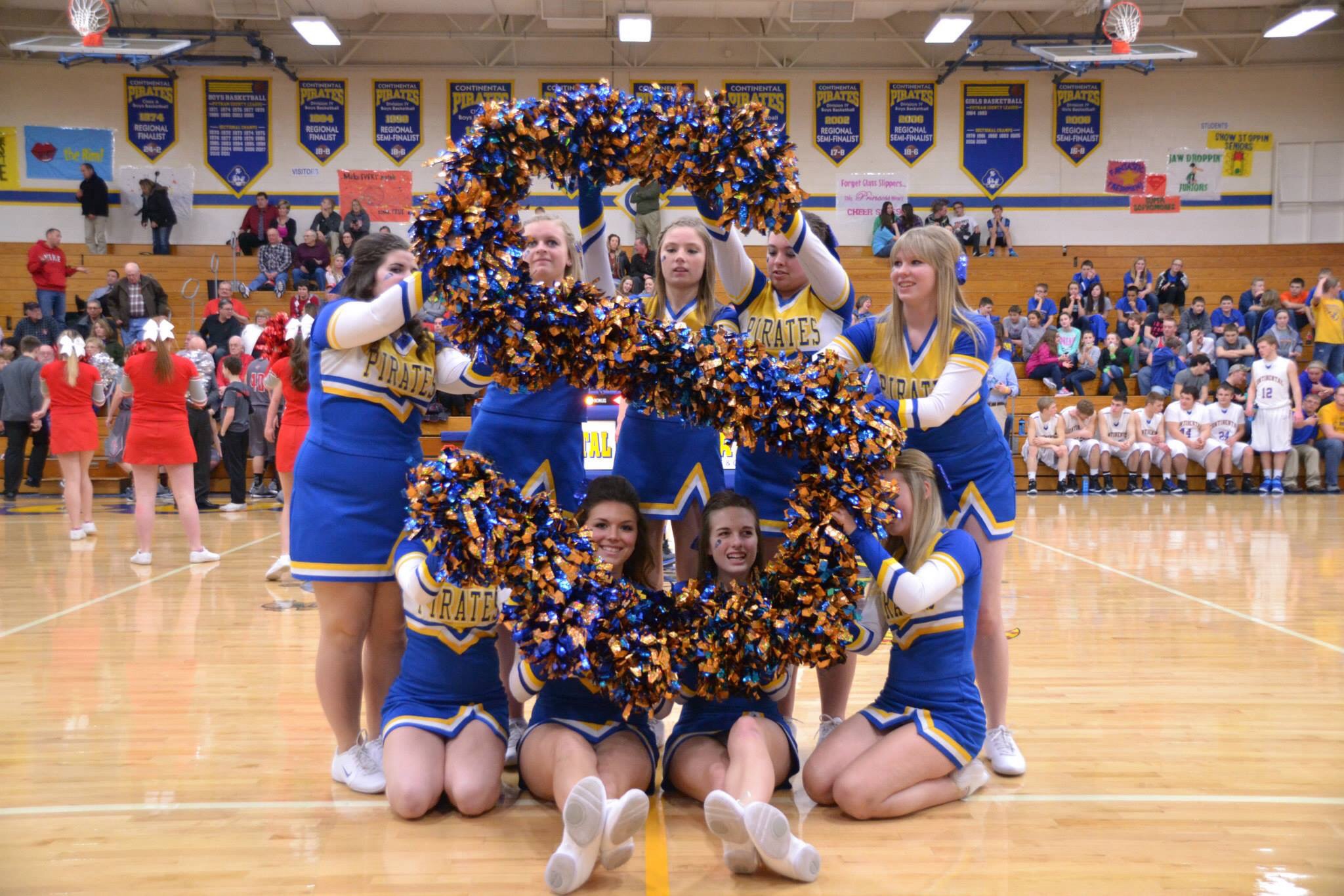 It was a busy night at the Cove on Friday. Senior night as the 3 pep band, 4 boys basket ball, and 5 cheerleading seniors were recognized. It was also Special Olympics night as a collection was taken up by the Honor Society to help fund Putnam County Special Olympics. Members of a pair of BGSU music fraternities were in attendance to add some depth to the pep band. The cheerleaders did their cheer dance at Varsity Halftime. Lastly the Post Prom Committee held a spaghetti Supper in the E-café.

And there was a game against Patrick Henry. The Pirates started the four senior and got off to a great start scoring the first 4 points of the game. Seniors Gabe Williams and Page Thomas put in the first two baskets. The Patriots rallied back and put in the next 10 to take a 6 point lead which they held onto at the end of one. Patriots 14 – Pirates 8. The Pirates again scored the first four out of the break to reduce the Patriot lead to 2 14-12. Both teams scored 5 points the rest of the way and the score stood Patriots 19, Pirates 17 at half. For the third time the Pirates scored the first 4 points after the break to take a 21-19 lead midway through the third. The two teams traded baskets the rest of the quarter and it was Pirates 26 – Patriots 25. The theme for night was Pirates score the first 4 and like the previous 3 quarters the Pirates did the same in the fourth to open up a 30-25 lead. The Pirates expanded the lead and ended up the 45-38 winner.

The Pirates are now 7-13 and head into Tournament action on Wednesday at Bryan where they take on Ayersville in a Sectional Semifinal at 6:15. The Patriots are now 8-13.