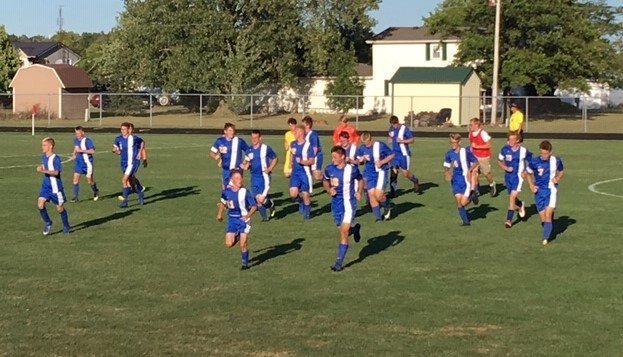 Liberty Center Tigers made the trip to Continental High on Thursday for a non league boys soccer game.  The Pirates put the first tally on the board when Wyatt Davis put in a Rhenn Armey pass a little over 12 minutes into the game.  That would be the only score in the first half.  Armey would put the Pirates up by 2 when he scored with 13:12 left in the game.  The Pirates Defense would maintain the shutout.  Pirates 2, Tigers 0  final.

In a game that had Continental control the action, the Pirates outshot the Tigers 16-4.  The Pirates had 7 corner kicks to the Tigers 2.  Pirate Goalie Konnor Knipp-Williams had 4 saves.

Continental is now 6-4-1 and hosts New Knoxville on Saturday.  Liberty Center is now 3-6-1.

Davis has now scored in 5 consecutive games and leads the team with 8 goals while Armey is second with 5 goals.