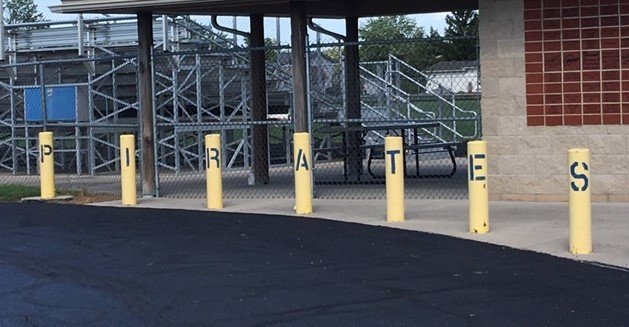 On Thursday Continental High Boys Soccer travelled up State Route 15 (well after going around the roundabout construction in Defiance) to take on Bryan in non league action. It was all Pirates scored the first 7 goals in the first half. Rhenn Armey scored a hat trick in the first half, two of the goals coming off Braxton Stegbauer passes, Wyatt Davis scored a pair, one off an Armey pass, Elijah Mays put in one off an Armey pass and Bryan put one in their own goal. The Bears did finish up the half by scoring a goal. Pirate 7-1 at half.

The Bears opened up the scoring in the second half with a goal to make it Pirates 7-2 with 31:28 left. W Davis would get his hat trick with 25 minutes left off of an Armey assist. Braxton Stegbauer would make it 9-2 with 15:38. Armey would end the nights scoring at 8:08 left when he hit the back of the net off a Collin Davis pass.

Rhenn Armey led the Pirates with 4 goals and 3 assists, Wyatt Davis had 3 goals, Braxton Stegbauer 1 goal and 2 assists, Collin Davis 1 assist. Bryan had an own goal to make it 10 goals.

Konnor Knipp Williams had one save and got the win in the goal for the Pirates. Continental out shot the Bears 16-3.

Continental improves to 8-0 and will host Riverdale in a rematch of the 2020 Division III Regional Semifinals where the Falcons came out on top 2-0. Bryan falls to 3-6.