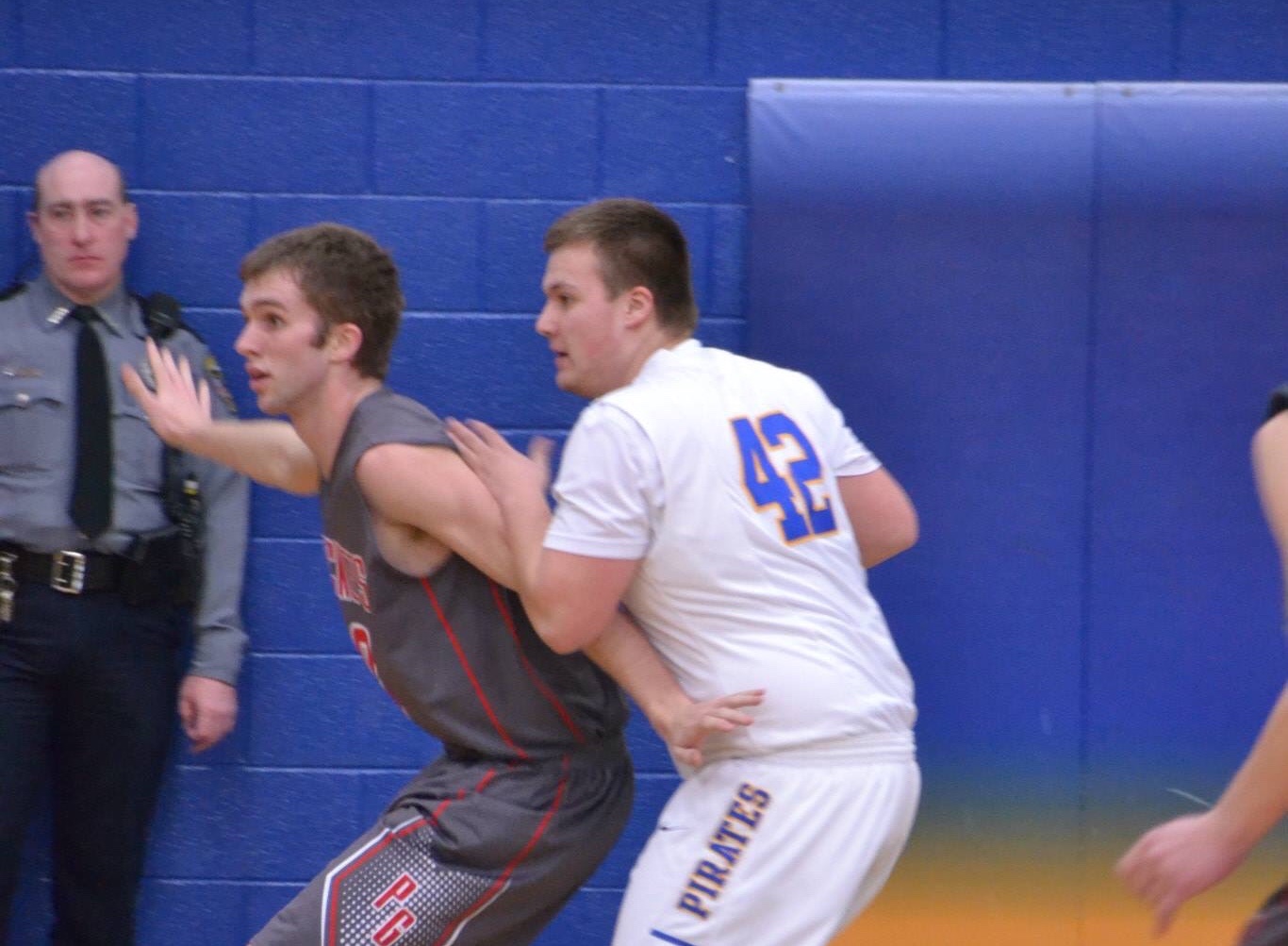 Pandora – Gilboa Rockets made the cross county trek to the Cove for a Thursday night Putnam County matchup. After an even first quarter (9-9), the Pirates took control of the game with a 15 point advantage in the second quarter. The Pirates D held the Rockets to 2 points while scoring 17. Halftime totals were Pirates 26 Rockets 11. The Pirates continued to build on their lead in the third and took a 41-19 lead to the huddle. A Rocket fourth quarter comeback left the final score 48-37.

Continental finishes the Putnam County League with a 4-3 record good for fourth place and 6-13 overall. Pandora falls to 3-17 (0-7 in PCL). The Pirates won the Junior Varsity contest 37-33.

The Pirates return to action on Friday night as they take on Patrick Henry (7-13) in a Senior Night nonleague game at the Cove.