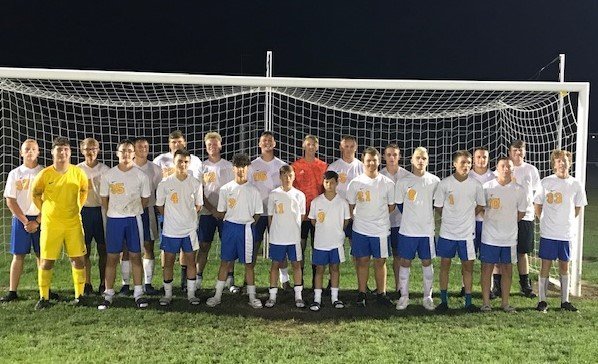 The 2019 edition of the Lima Bath Kickoff Classic was not decided by the number of goals scored but by the number of goals given up.  Bath put up 10 goals over the 2 day tournament while Lima Central Catholic had 5.  Paulding and Continental both put in 2 goals.  But if you do not give up a goal you cannot lose and the Classic had a trio of shutouts.  The Pirates gave up 0 goals to grab the trophy.  As they emerged 1-0 winner in the finals over Lima Central Catholic.

The game was decided on a Penalty Kick conversion in the first half by a Pirate freshman.  With 8:13 to go in the half, a hand ball was called on the Thunderbirds giving the Pirates an opportunity from the penalty line.  Rhenn Armey put the ball in the upper left corner of the goal for the win.

Continental controlled the action having taken 13 shots to 1 for the Tbirds.  Continental goalie Cody Auch got one save and earned the shutout win.

Continental moves to 2-0 for the season and will open up their Putnam County League season on Friday against Miller City.  Lima Central Catholic is now 1-2.