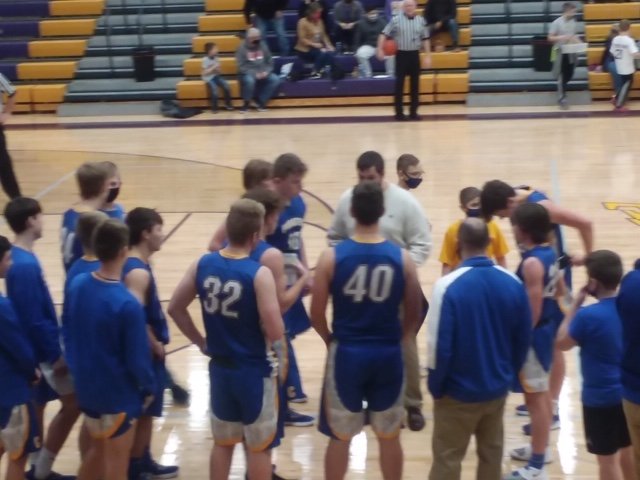 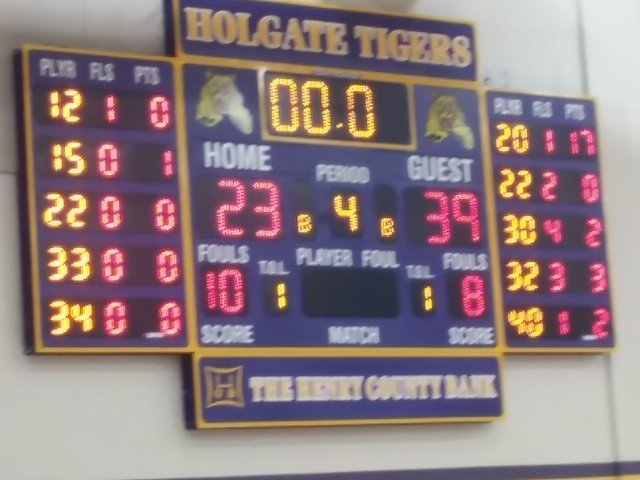 It was like a flashback to many Continental – Holgate boys basketball game where defense was prevalent and points were hard to find.  Host Holgate won the tip but that was about the only thing that went right for them in the first as the Pirates got a pair of baskets from Gavin Huff for the only scores of the quarter.  Pirates 4-0 after 1.
The offense for both sides picked up a little in the second quarter as the Tigers put in the first 2 baskets of the quarter to tie the game at 4.  It was all Pirates after that in the second as the Pirates put in 8 on a basket by Alex Sharrits, a pair of Huff baskets, and a Brice Recker basket.  The Pirates took a 12-4 lead into the locker room at half.
The Pirates opened up the second half with a pair of baskets with Reed Warnement and Mitchell Coleman putting them in.  Pirates 16-8.  The Tiger would follow that up with a pair of baskets to cut the Pirate lead to 8, Pirates 16-8.  A free throw by Huff was followed by a Tiger basket and the Pirates lead was now 7 17-10.  The Pirates would get a pair of steals and breakaway layups from Coleman to push their lead to 11, 21-10.  The Tigers would finish off the third quarter scoring hitting a 3.  Pirates 21, Tigers 13 after 3.
The Tigers would open up the scoring in the fourth with a basket to make it a 6 point game 21-15.  The Pirates would get the next 3 points on a Warnement free throw and a Coleman basket. Pirates 24-15.  Coleman was then called for a technical after an out-of-bounds throw-in.  He took two steps out of bounds to get around a defender into the corner.  It was ruled he did not come into bounds soon enough.  The Tigers would hit the pair of technical free throws and in their offense set put in another pair of free throws to cut the Pirates lead to 5 24-19.  The Pirates would put in the next 11 points when after a Coleman basket put the Pirates up by 7 26-19, the Tigers fouled with each Pirate possession.  The other 9 points of the 11 point run all came from free throws as Coleman would make 4, Huff 4, Hoeffel 1.  Pirates 35-19.  The Tigers would drain a 3 to make it 35-22 Pirates.  The Pirates would finish off their scoring with  3 Coleman free throws and a Hoeffel free throw.  The Tigers would get 1 additional point.  Pirates 39-23.
Mitchell Coleman put in 17 points, all in the second half, to lead the Pirates.  Gavin Huff put in 13, Reed Warnement 3, Andrew Hoeffel, Bryce Recker, and Alex Sharrits all had 2 points.  The Pirates did not hit a 3 point shot while the Tigers made 2.
Continental improves to 7-13 and will host Pandora Gilboa on Thursday in a Putnam County League game.  The Pirate game against Fayette on Monday has been cancelled.  Holgate is now 8-14.
— Mike Jones, Sportswriter