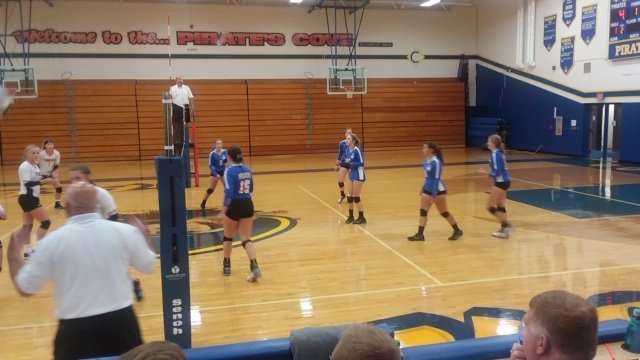 Thursday night Continental High Volleyball team played host to Wayne Trace in nonleague action.  The Pirates jumped out to the early lead taking the first game in a thriller 25-23.  The second game went to the Raiders 25-17.  The third game was another nail biter but this time it ended with the Raiders having the 25-23 advantage.  The Raiders ended the nights action by taking the fourth game 25-18.

Continental falls to 1-2 and will host Lincolnview on Monday.  Wayne Trace improves to 2-1.  The Raiders also took the Junior Varsity game 2-0.