He was born on January 7, 1930 to Edgar and Helene (Eastman) Rockey in Continental, OH. He attended school at Continental High School graduating with the class of 1948. Dick worked as a Engineer for SK Tool. On November 10, 1956 he married Betty Murphy. Dick and Betty lived in Defiance, Ohio. Dick worked at SK Tools which became Dresser. After retirement in the late 80’s he helped maintain the grounds at the Auglaize Country Club, and also worked at Cooper Hatchery. Dick loved golfing, gardening and playing poker. He was a US Army veteran, serving in the Korean War.

Memorials are suggested to the to Alzheimer’s Association. Online condolences can be given at www.Schafferfh.com. 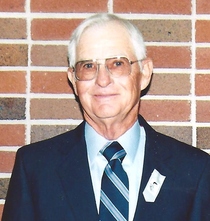