CONTINENTAL – Robert E. “Shotgun” Kramer, 88, of Continental died at 2:45 a.m. Thursday, August 14, 2014 at St. Rita Medical Center, Lima. He was born December 31, 1925 in Columbus Grove to the late Homer and Maxador (Billingsly) Kramer. He married Frances Fellers who preceded him in death.

He is survived by his children: Phyllis Peck of Leipsic, Donald (Karen) Kramer of Columbus Grove, Joanne Burch of Paulding, Maxine Kramer of Sidney, and Robert Kramer, Jr., of Toledo; 16 grandchildren; 28 great-grandchildren; and a sister: Carolyn (Norbert) Karhoff of Ottawa. He was also preceded in death by 2 sisters: Mary Lowells and Betty Woods.

Robert was a lifelong farmer and a member of Columbus Grove Eagles.

A Memorial Service will be held at 5:00 p.m. Friday, August 22, 2014 at LOVE FUNERAL HOME, Ottawa with Rev. Terry Porter officiating. Donations may be given toward the funeral expenses.
Condolences can be expressed at: www.lovefuneralhome.com. 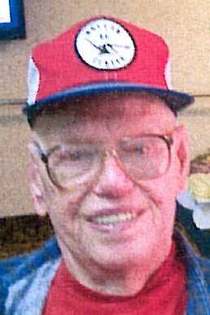