He is preceded in death by a sister: Miriam Thrasher, a brother: Paul Edward Ladd; and a nephew: Allen Thrasher.

Bob was a member of the Dupont Church of God. He had formerly worked at Philips of Ottawa.  He formerly managed Cloverdale softball teams.  He loved children and enjoyed giving children baseball gloves.  His favorite sports teams were the Chicago Bears and the Cleveland Indians.  Bob was also a member of the Cloverdale Game Club, and had helped build the building.  Bob never knew a stranger, he had many good friends who will miss him as will his family.

Funeral Service will begin at 10:30 a.m. on Thursday, April 7, 2022 at LOVE-HEITMEYER FUNERAL HOME, Jackson Township with Rev. Josh Hill officiating.  Burial will take place at a later date in Cascade Cemetery, Cloverdale.  A visitation will be held on Wednesday from 6 to 8 p.m. and again on Thursday from 9:30 until the time of service at the funeral home. 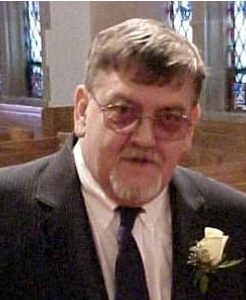