Scott Edward Spencer, loving husband, father, and grandfather, passed away peacefully surrounded by his wife and children at the
age of 72 on Thursday, July 2 at the Cleveland Clinic. “I am going to tell you a story, please stop me if you know this one,” he would famously say as he began to tell a story that he had already told.

Scott was born January 11, 1948 in Toledo, Ohio to Dale and Norma Spencer. He grew up in Continental, Ohio with his older brothers Douglas and Bruce Spencer and younger sister Marcia (Spencer) Frederick where he survived swallowing a straight pin and convinced a boy his age, in charge of the younger elephants in the circus, to allow him to ride the elephant for a ride on his bicycle. He learned how to play the drums and guitar to impress the ladies. He moved through the ranks of boy scouts and was a force to be reckoned with on the basketball court. At the age of 18, he joined the army for 2 years in which he served a tour for one year in Vietnam. Upon returning, he worked as a ”Tin Man” for his brother Douglas Spencer while attending college.

Immediately after graduation from The University of Toledo College of Law, Scott had the singular honor of serving a year-long clerkship to Judge John W. Peck, a judge on the United States Circuit Court of Appeals for the Sixth Circuit. He was the first graduate from the UT law school to be selected for that highly coveted position. After working with a few different law firms, he went into business on his own, because he had to work and live by his own rules. Being in the army gave him a newfound perspective on the world. He discovered in himself a desire to fight for the underdog and help people who did not have the knowledge to help themselves. He wanted to save the world, and ended up using his legal skills to save family, relatives, and friends during hard times. He was our protector and rescuer. Scott had an illustrious law career which was owed to an impeccable work ethic, help
from mentors, colleagues, friends, and a strong aspiration to make the world a better place. He was highly regarded both for his courtroom skill as a trial lawyer and for the depth and reliability of his legal knowledge

Scott’s greatest joy was his family. He loved spending time with his wife, children, grandchildren, and friends. He scuba dived with sharks, drove through an undriveable plaza to catch a train in Italy, snowmobiled in Yellowstone, and learned to sail. He was convinced that we would catch snook in the weeds on our Sanibel vacations, he won a “hot dog” award while skiing, and gave
his children and grandchildren wild rides on a water tube. He has many stories of fishing with friends and family. He loved the times he was able to “almost” win golfing tournaments with his son and leave work early to play golf with his friends at Highland Meadows and Sylvania Country Club. He loved having a special prime rib at Christmas and made sure to have everybody’s favorite food and drink. There are so many other stories, and they will live on through his family and friends.

Scott is survived, to continue to tell his stories, by his wife of 44 years, Martha Henry Spencer; daughter, Andrea Mahoney (Timothy); son, Ryan Spencer (Kimberly); grandsons, Connor Mahoney and Brayden Mahoney; granddaughters, Madison Spencer, Abby Spencer, and Evelyn Spencer; brothers, Douglas Spencer (Jan), Bruce Spencer (Bonnie); sister, Marcia Frederick (John) and uncle and great uncle to many. We are so grateful for the time we had with him and are at peace that he is up in heaven holding court with passed family, friends, and loved ones.

No funeral services will be held because of COVID. In lieu of flowers please donate to your favorite charity, hug your family
and tell them a story about your life. 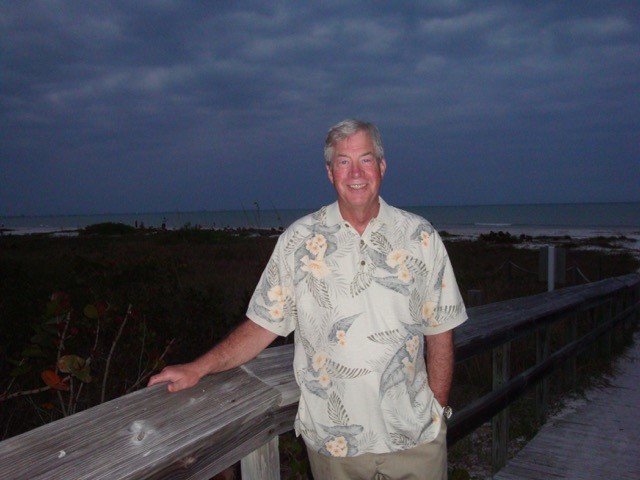