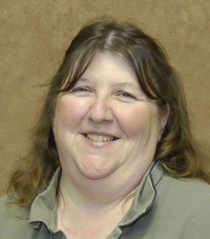 Susan worked for 28 years as a Putnam County Dispatcher and was a member of the Ottawa-Glandorf EMS for 33 years. She also worked for ADA Security, Brooklyn, MI.

She was a 1979 graduate of Columbus Grove High School. She received her Associate’s Degree from Lima Technical College in both Law Enforcement and Paramedic Science. She was a paramedic with the Ottawa-Glandorf EMS, Putnam County Office of Public Safety and Perry Township Fire Department. She was a member of Allen County Critical Incident Stress Debriefing Team, National Emergency Numbering Association, Ohio Chapter of the Association of Public Safety Communications Officials, and Putnam County Peace Officers. She was the treasurer for the Ottawa EMS. She was a member of both the Ottawa and Delphos Eagles Aeries. She enjoyed NASCAR racing, especially Dale Jarrett and Ohio State Football.

Funeral service will be 11:00am Monday, March 17, 2014 at St. John United Methodist Church, Columbus Grove with Pastor Gary Ginter officiating. Burial will follow in Truro Cemetery, Columbus Grove where there will be a service by the Putnam County Honor Guard. Visitation will be from 2 to 8pm on Sunday at LOVE FUNERAL HOME, Ottawa and one hour prior to the service at the church on Monday. Condolences may be expressed at www.lovefuneralhome.com. In lieu of flowers, contributions may be made to Ottawa EMS, St. John United Methodist Church or the charity of the donor’s choice.