Terry A. Zeigler, Byron, IL, 65, passed away peacefully in his home on Saturday, July 16, 2022. Terry was born on May 8, 1957; in Defiance, Ohio son of the late Harlan and Evelyn (Harden) Zeigler. On August 26, 1978 he married Janice Little and she survives in Byron IL. Survivors include 2 children, Daniel (Ann) Zeigler of Byron and Nicholas (Shana) Zeigler of Myrtle Beach SC.; 3 Grandchildren: Kayla, Carson, Ronny; one sister, Linda (Dewayne) Troyer, Continental, Ohio and 3 nephews.

Terry was a 1975 graduate at Continental, OH and earned his engineering degree from Tri-State (TRINE) University, Angola IN. During his 40 years at Bergstrom he was a successful engineer and awarded 26 patents Terry was instrumental in developing the first no-idle HVAC system.

Some of his favorite places were Portland, OR; Lyon, France; Madrid, Spain. Terry enjoyed his family vacations in Myrtle Beach, SC and spending time with his grandchildren. His hobbies included woodworking and designed his personal homes.

The memorial visitation will be held on Friday July 22, 2022 from 4-6pm visitation with a service at following at Farrell Holland Gale Funeral Home located at 506 West Merchant, Byron, IL 61010. The burial will be held in Continental, Ohio. A memorial fund has been established at the Swedish American Regional Cancer Center and the Serenity Hospice & Home. 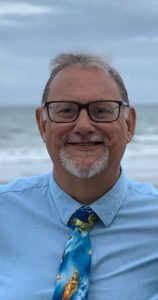