Virgil was a farmer and retired from Federal Mogul, Van Wert in 1993 where he worked as a chrome plater. As an Army veteran of WWII he served in Japan. He was a member of Immaculate Conception Catholic Church, Ottoville and a former member of the Ottoville VFW.

Virgil enjoyed woodworking, gardening, and took special pride in his flower beds. His greatest joy was spending time with his grandchildren and great-grandchildren. Every one of them held a special place in his heart.

A Mass of Christian Burial will be 10:00 a.m. Saturday, April 18, 2015 at Immaculate Conception Catholic Church, Ottoville with Fr. Jerome Schetter officiating. Burial will follow in St. Mary’s Cemetery, Ottoville with military rites by the Ft. Jennings American Legion and Ottoville VFW. Visitation will be from 2 to 8 p.m. on Friday at LOVE-HEITMEYER FUNERAL HOME, Jackson Township where there will be a scripture service at 1:45 p.m. In lieu of flowers, memorial contributions can be made to Immaculate Conception Catholic Church or to a charity of the donor’s choice. 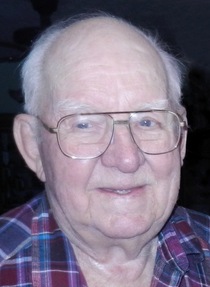