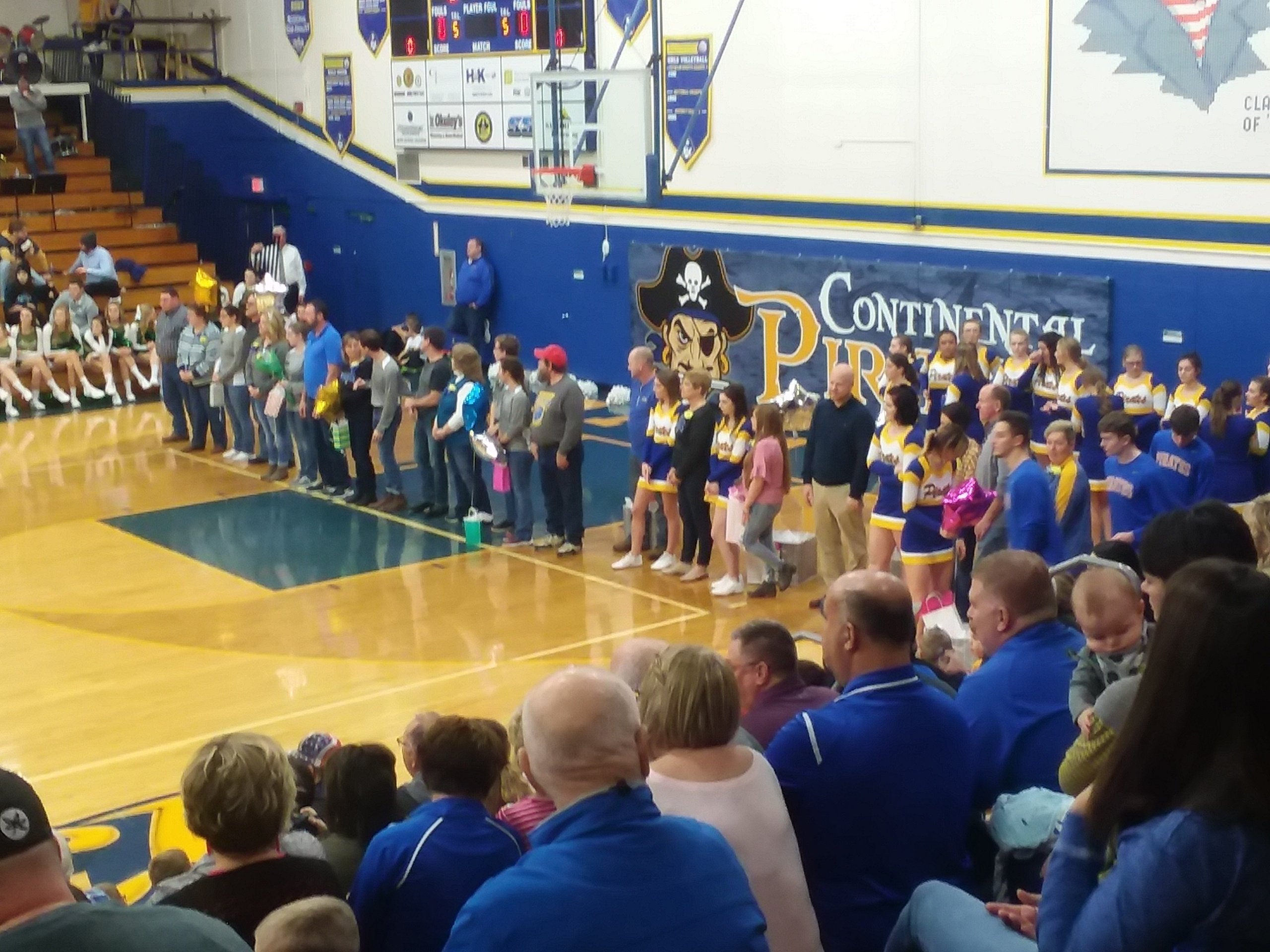 Continental started 3 Seniors, Trevor Brecht, Gannon Prowant, and Noah Becher on Friday night in the home finale of the Boys Basketball season against AP’s DIV #12 ranked Ottoville Big Green. A forth senior Wyatt Stauffer was out with an injury. The Big Green opened up the scoring in this Putnam County League affair by hitting a 2 and a 3 to take a 5-0 lead. Trevor Brecht would get the Pirates on the board with a basket to make it a 3 point game 5-2. That would be the last points of the quarter for the Pirates as they could not convert a number of good looks meanwhile the Big Green would add 10 more points to their first quarter total to make it 15-2 after 1. The second quarter started like the first ending with the Big Green putting the ball in the hoop while the Pirates scoring continued to struggle. The Big Green would score the first 9 points of the second quarter to make it 24-2 Ottoville. The Pirates were not done as they ended the half on a 4 point run when Gavin Huff and Reed Warnement both made baskets. Big Green 24 Pirates 6. The Pirates would extend their run to 8 as Huff and Warnement both hit baskets to open up the second half Big Green 24 Continental 10. The Big Green would move their lead back up to 18 as they made a basket and a par of free throws 28-10. Pirate Mitchell Coleman would convert a 3 point play to cut the Big Green lead to 15 28-13. Then it would be all Big Green for the rest of the third as they would go on a 15 point run to open up a 30 point lead 43-13. Continental would score the last 3 points in the third as Warnement hit a basket and Bryce Recker would make a free throw. Big Green 43 Pirates 18. The Big Green would outscore the Pirates 15-5 in the fourth for a 58-21 Big Green final.

Continental falls to 4-14 (1-5 PCL) and will travel to North Baltimore (5-12) on Saturday for a nonleague game. Ottoville improves to 16-3 (5-1 PCL). The Junior Varsity game was a barn burner after the Big Green established a 18-3 lead in the first half the Pirates came roaring back to win 36-34.