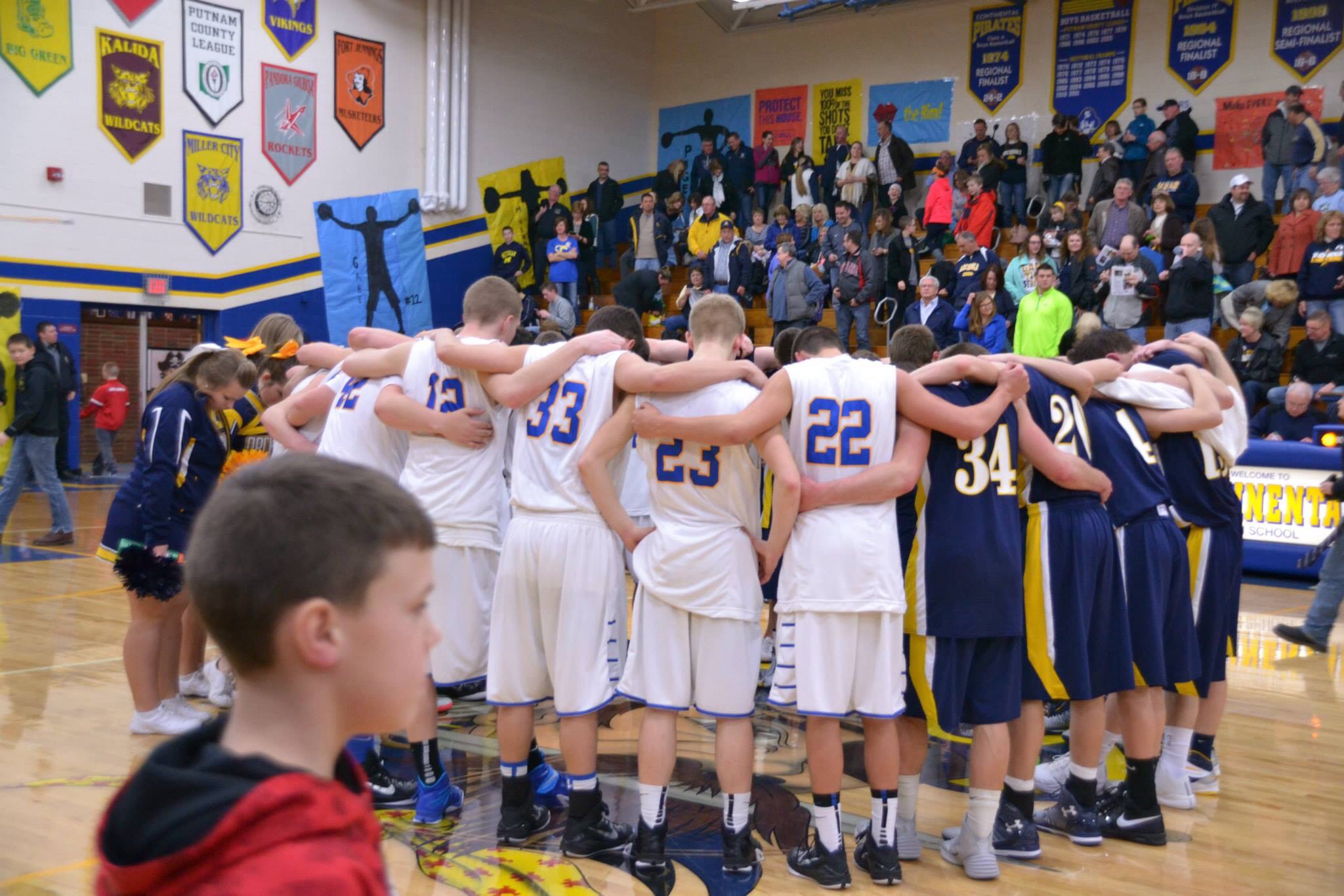 On Saturday the Archbold Blue streaks came to the Cove and won the second half and the game. The Pirates jumped out early to score the first 4 points of the game only to have the Streaks counter by making the next 8. The teams traded buckets and it was 11-13 when Gabe Williams beat the buzzer for a 13-13 tie after one. The Pirates open the second by scoring the first 5 points to take a 18-13 lead midway through the second. The Pirates maintained a lead through the rest of the quarter as the halftime break was Pirates 22 Archbold 18. Pirate Wade Stauffer led the Pirates at half with 14 points. Archbold came out in the third by scoring the first 11 points of the second half to open up a 29-22 third quarter lead. The two teams traded points the rest of the quarter for a Blue Streak 35-28 advantage after three. In the fourth Archbold scored 18 points all from the free throw line as they shot 18-22 (82%) to salt the game away. The Pirates managed to score 15 points in the fourth. Blue Streaks 53 Pirates 43.