Art was retired from Ford Motor Company, Lima. He had worked part time for Love Funeral Home and was a “farmer at heart” growing the best tomatoes. He was a member of Sts. Peter and Paul Catholic Church, Ottawa where he was a Minister of Praise, a Eucharistic Minister, server for funerals, and an usher. He was an Army veteran of the Korean Conflict and a member of the Ottawa VFW, the Ottawa American Legion, and the Ottawa Knights of Columbus. Art was part of the McDonald’s Coffee Group and was known as “Mr. Fix-it.”

A Mass of Christian Burial will be 9:30 a.m. Saturday, March 28, 2015 at Sts. Peter and Paul Catholic Church, Ottawa with Fr. Matt Jozefiak officiating. Burial will follow in St. Mary’s Cemetery, Leipsic with military rites by the Ottawa American Legion, VFW, and AMVETS. Visitation will be from 2 to 8 p.m. on Friday at LOVE FUNERAL HOME, Ottawa where there will be a VFW service at 7:00 p.m., K of C Rosary at 7:30 p.m. and a Scripture service at 7:50 p.m.

Memorials can be made to the Cancer Assistance Program (CAP) or to the Multiple Myeloma Research Foundation (MMRF).
Condolences can be expressed at: www.lovefuneralhome.com. 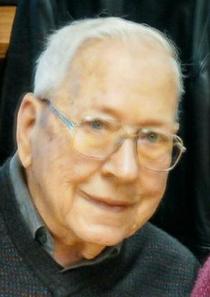