Audrey was a homemaker and had worked at Sylvania GTE formerly of Ottawa. She was a member of Sts. Peter and Paul Catholic Church, Ottawa and their Altar Rosary Society. She was a 1950 graduate of Miller City High School where she was a cheerleader for their state championship basketball team. Audrey was a member of the Ottawa VFW and American Legion Auxiliaries. She was a mega blood donor and she volunteered for various organizations including the elections board, nursing homes, and was a teacher’s aide. Audrey enjoyed playing Yahtzee and was a Euchre card shark. She loved being with her family, especially her grandchildren and her many friends.

A Funeral Mass will be 10:00 a.m. Monday, November 18, 2019 at Sts. Peter and Paul Catholic Church, Ottawa with Fr. Matt Jozefiak officiating. Burial will follow in the church cemetery. Visitation will be from 2 to 8 p.m. on Sunday, November 17, 2019 at LOVE FUNERAL HOME, Ottawa. There will be an American Legion Auxiliary service at 7:00 p.m., a VFW Auxiliary service at 7:15 p.m. both on Monday at the funeral home. Memorials may be made to Sts. Peter and Paul Capital Campaign. 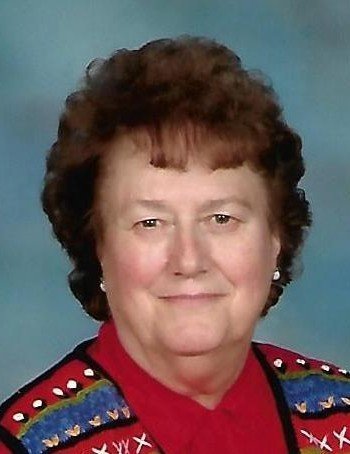