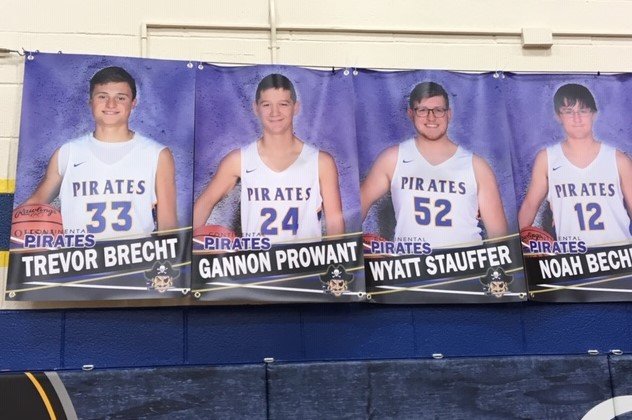 The Big Green would open up the second half by putting in the first 8 points to open up a 33 point lead. A basket by Noah Beecher made it an 43-11 Big Green. A Big Green basket was followed up by a Recker basket made it Big Green 45-13. The Big Green would put in the last 5 points of the quarter to start the running clock. 50-13 Big Green.

The fourth quarter opened with Mitchell Coleman draining a pair of free throws to make it 50-15. The Big Green would finish off the game by putting in 7 more points while the Pirates would add 4 points on baskets by Coleman and Rhenn Armey. Big Green 57-19 final.