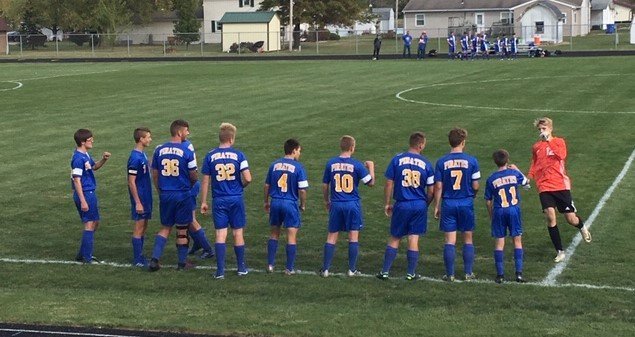 Continental Boys Soccer advanced to the Kalida Division III District Semifinals where league rival Ottoville ended the Pirates season in a shootout. The Pirates ended up at 11-6-1. Kalida would advance out of the Kalida District when they took out Ottoville 1-0. Kalida would end up taking on Ottawa Hills (#1 ranked in the coaches poll) at Findlay in a Regional Semifinal. Ottawa Hills advanced to the Regional Finals with a 3-0 win over Kalida. The other half of the Regional Semifinals was played at Sandusky High School where Bluffton took on Fairview Park. Bluffton defeated Fairview Park 2-1 in double overtime. On Saturday night Defiance High School was the place to be to see a great game as Bluffton ended Ottawa Hills season with a 4-2 shootout win. Bluffton will take on #3 Canfield South Range on Wednesday. #5 Columbus Wellington will take on #7 Botkins in the other state semifinal.