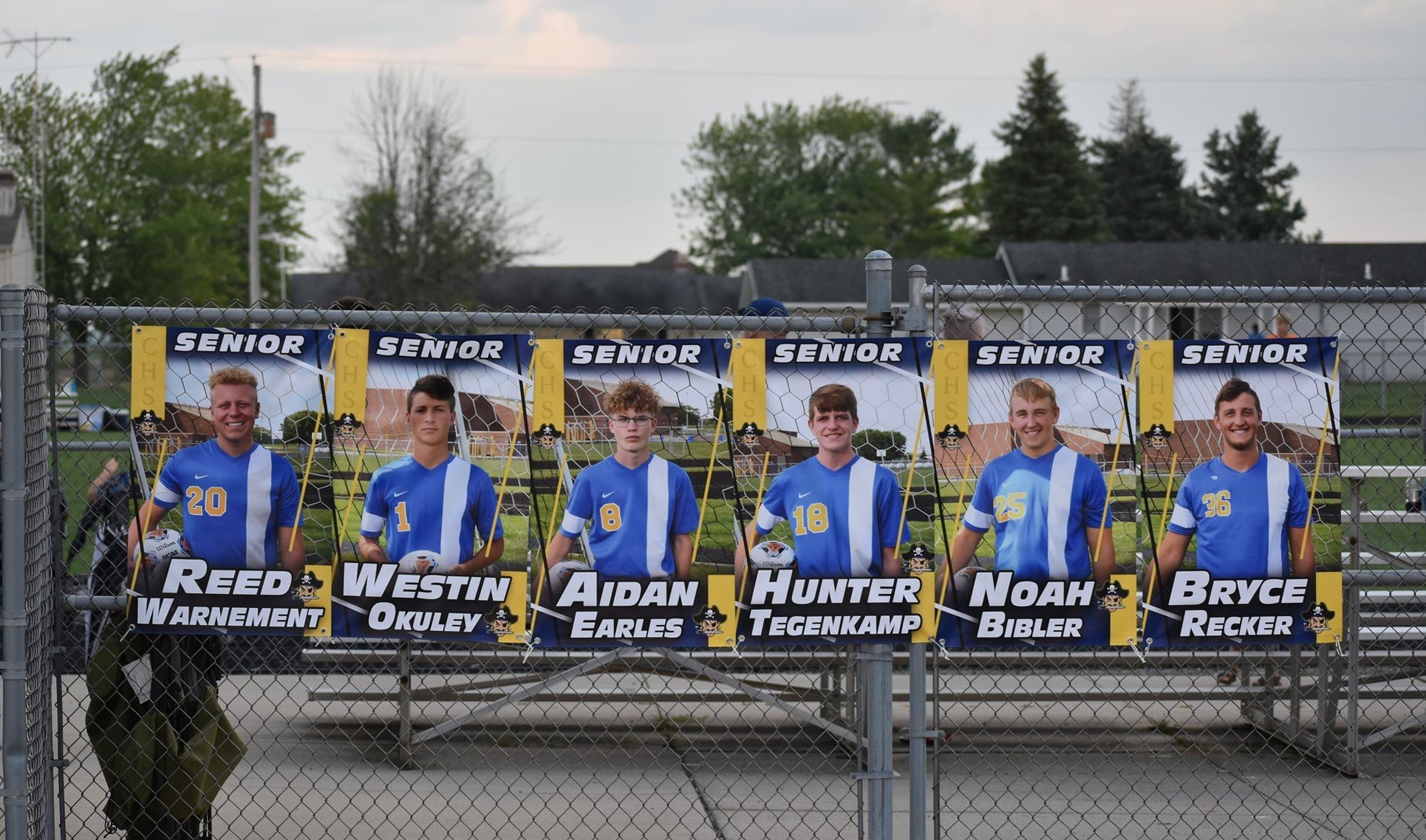 Continental High Boys Soccer Team had a season of memories as they advanced to new heights and set records.  The Pirates ended their season in the Regional Semifinal at Riverdale where the Falcons took out the Pirates 2-0.  The Pirates were PCL runners up with a 3-1 league record and a 15-5 overall record.  Rhenn Armey set a school record with 31 goals, 9 goals better than what Dallas Geckle had in 2013.  The Pirates put in a record 80 goals, 27 better than the 53 scored in 2011.  The Pirates defense may not have set any records but had one of the best seasons ever, giving up 22 goals in 20 games with 8 shutouts (3 in tournament).

On the Pirates schedule Ottawa Hills and Riverdale advanced to the Northwest District Division IV Regional final with the Green Bears getting the State berth with a 5-1 win.  Ottawa Hills lost in the State Semifinal to Youngstown Cardinal Mooney.